Closing the show for 2022's edition of Electric Picnic, Arctic Monkeys brought an incredible 21-track mix of the well known and obscure to their passionate audience. Rain ponchos in tow, the unfazed-yet-soaked crowds of young and old alike, danced and sang in the rain and mud.

In usual Sunday Electric Picnic fashion, the moment Arctic Monkeys were set to take the stage, the heavens opened, leaving fans with the option to miss the closing act, or dance in the rain.

For most, missing this remarkable four-piece wasn't an option, as evident from the crowds pouring towards the Main Stage from 10.30pm onwards.

Excitement for this final act was infectious, with screams echoing around the Stradbally field as the opening chords of 'Do I Wanna Know?' filled the air.

'Brianstorm' erupted from the stage next, with some sound difficulties bleeding over from Snow Patrol's set seeming to resolve during this track. Frontman Turner whipping out an epic guitar riff closed the piece, as the quartet slipped into fan indulgence with 'Snap Out of It'.

Picnickers prayed for no 'Crying Lightning' as the band played on, addressing the crowd with a simple sentence: "It's lovely to see ya."

Although not very chatty with the audience, Arctic Monkeys, like Fontaines D.C., have an unspoken bond with fans, coming through in facial expressions and gestures. 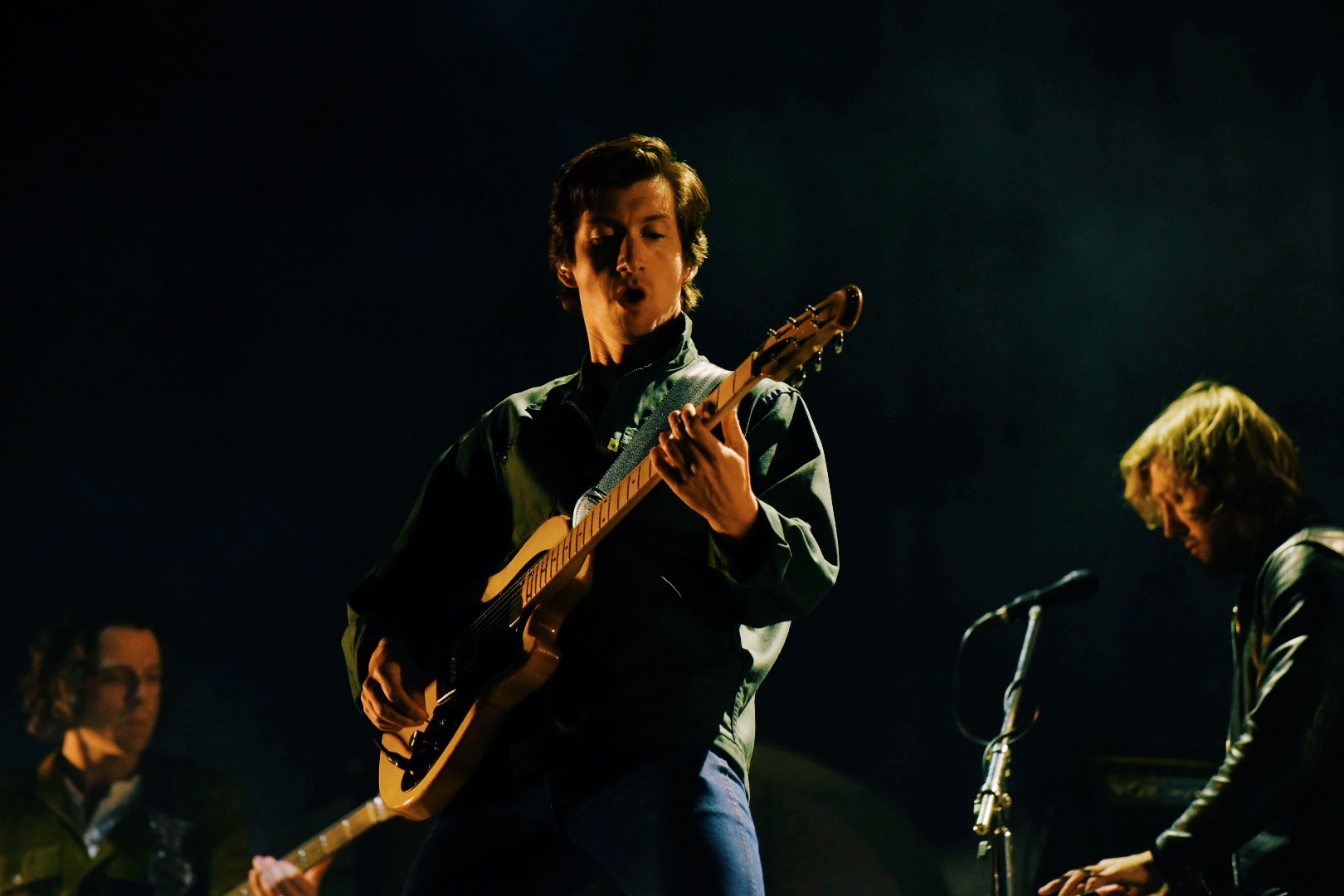 'Teddy Picker' confirmed the remarkable live quality of Turner's vocals, in my opinion far better than anything recorded by the band. Even in the wind and rain of Eastern Ireland, the frontman's voice didn't waiver for a second.

It was disappointing seeing Picnickers leaving the Main Stage area as the band ventured outside their top streamed Spotify tracks. The increasingly heavy rain may have impacted this decision as well, however, it didn't distract from the unrelentingly sublime performance powering on.

With an undeniable stage presence, Turner kept the crowd's attention, teasing fans with comment: 'Why'd you only call me when you're high, man?" Of course, the hit AM track followed, seeing the audience fill back out almost immediately.

'Tranquility Base Hotel & Casino' from the band's most recent album of the same name took centre stage, a pleasant taste of the band's newer work, before we swung back to 2013's AM for 'Arabella'.

In the midst of album swapping, Turner tooks a second to sing/ask the crowd: "Are you having a good time?" - which was met with thunderous applause. A thoroughly impressed and captivated crowd held on to every word of Turner's.

'I Ain't Quite Where I Think I Am' followed. This unreleased track comes from forthcoming album The Car - out October of this year. This track stays in the same style as the recently released 'There'd Better Be A Mirrorball' and their previous album, a sound which seems to have divided fans. Nevertheless, this taste of the forthcoming release was exhilarating, reminding fans the five-year wait for new studio releases from the band is imminent. 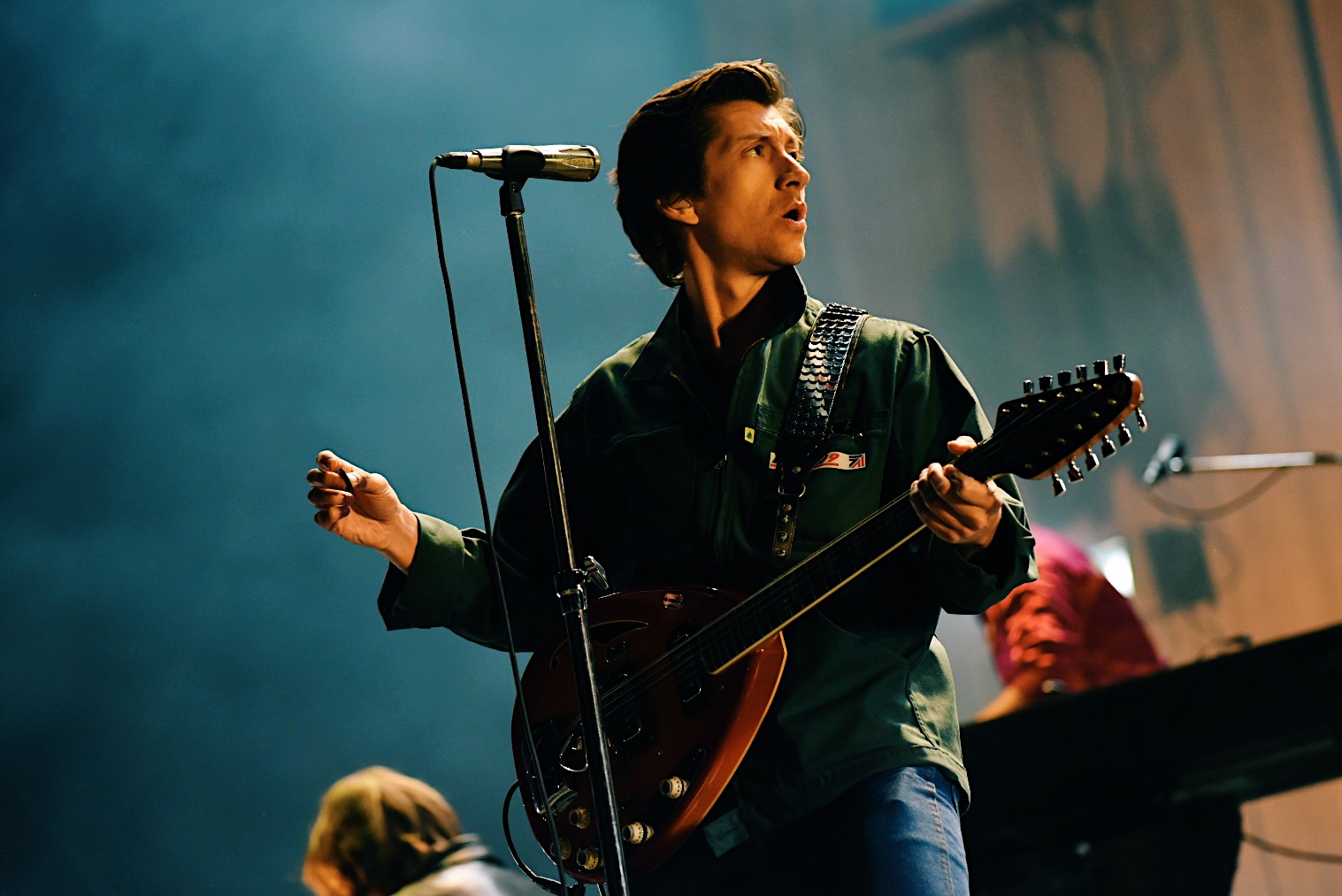 'That's Where You're Wrong' gave fans another Suck It and See hit, with the band seemingly determined to cover as many of their old and new tracks as possible - providing something for every type of Arctic Monkeys fan.

Returning to the awe-inspiring original punk sound, 'Pretty Visitors' showed off drummer Matt Helders' insane expertise, creating a heavier un-wielding sound only the Monkeys could pull off against the rest of their tracks.

'Do Me a Favour' returned the crowd to a boppier, indie-inspired sound, creating a scene of soaked-to-the-skin frolicking fans. With the rain easing for a split second, before returning with a gusto, fans made the most of the unfortunate situation, using the rain as an accessory to their enjoyment.

'The View From the Afternoon' and 'From the Ritz to the Rubble' provided the first 2006 Whatever People Say I Am, That's What I'm Not snapshot of the evening. Fans were delighted with these inclusions, which show a small progression from punk to the indie-rock band we know now.

The opening chords of 'Kneesocks' sent the audience into delirium, with the sensual track delighting all ages across the Main Stage area.

It was clear the set was coming to an end as the group ran into track '505', a fan favourite. The entire crowd sang along with Turner, gleeful at this track's inclusion in the set.

Leaving the stage abruptly, it was unclear if the band was returning for an encore. Fans looked confused as they awaited Turner and co.'s return. Some fans began to wander before the band's circular backdrop re-lit as they made their way back to the stage.

2018's 'One Point Perspective' opened the encore as an "Arctic Monkeys" emblazoned disco ball lowered from the ceiling, a nod to the release of their latest track.

If the crowd wasn't already in fantastic spirits, 'I Bet You Look Good on the Dancefloor' would've done it. Jumping, singing, and dancing fans lapped up every millisecond of this track, with the band looking ecstatic on-stage while expressing their gratitude for the crowd in attendance. 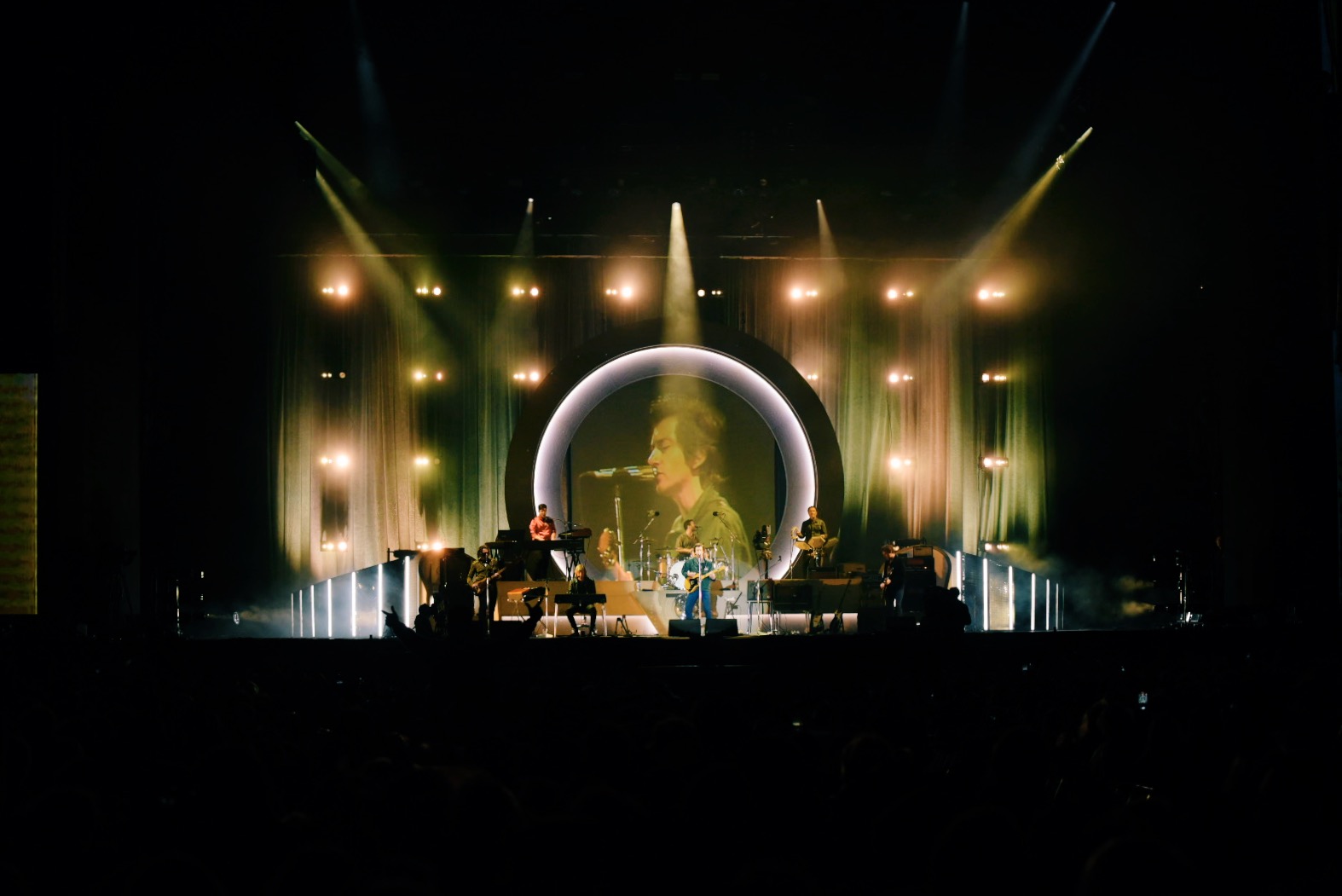 Announcing they had to now leave the stage for the final time, Turner graced the crowd with one final track - the one I, along with so many others, had been dying to hear - 'R U Mine?'

The band extended this song as far as they possibly could, with the frontman commanding the crowd to sing with him.

Saying their final goodbyes, the Main Stage crowd blew the metaphorical roof off the Stradbally field - earsplitting applause lasting well after the band had exited the stage.

The seasoned band provided the absolute perfect closing set for the first Electric Picnic back, bringing memories of Massive Attack's washout 2010 closer to the surface. Clearly only the crème de la crème of closing acts manage to hold a crowd during disastrous weather conditions - enforcing a lasting memory for fans.

Marking the final performance of Electric Picnic 2022's Main Stage, floods of Picnickers returned to their tents, or to the famous 'Rave in the woods', where the Arctic Monkeys performance will ring through their subconscious for years to come.