Anna's Anchor headlined Limerick's Dolan's Warehouse on July 23, with support from Vacuity and in association with Seoda Shows.

On Saturday July 23, Dolan's Warehouse welcomed Anna's Anchor to the stage for the biggest headline show of their existence thus far. Limerick man Marty Ryan, under the moniker Anna's Anchor, returned from his new home in Ohio for a special homecoming show accompanied by his full band.

Brandishing three albums, two EPs, and a handful of singles; the collective have been releasing music since 2014. Marty's latest release, the concept album A Glorious Ruction, bases itself on walking the banks of the River Shannon in Limerick City. Featuring tracks like 'Shannon Bridge', 'A Treaty of Sorts', 'Cleeve's' and so on, this album is about as Limerick as it gets.

At the beginning of June, Anna's Anchor announced their delight at their ability to support the young bands of Limerick once again, naming Vacuity as the opening act for their Warehouse gig.

Taking to the stage on a scorching Saturday evening, frontman Seth Collins immediately broke a string. Luckily for them, this unfortunate incident created more suspense for their set, which they opened with a spare guitar and the line: "We are Vacuity and we suck." Having seen this band play multiple times previously, I could see that they were nervous. After all, their youngest member is only 15 years old, and they were playing a stage stood on by some of the biggest players in Irish and international music.

Consisting of Seth Collins (vocals/bass/guitar), Ben Young (vocals/bass/guitar), Daniel Blake (guitar), and Conor Brennan (drums), the young band have been knocking around for less than a year, and yet have gained serious traction. With a undefinable sound, think punk/alt-metal/indie-rock with a tinge of "broken white boy" as they told me in a previous interview, Vacuity are coming on leaps and bounds.

Previewing new single 'Closure', it's evident that the quartet's songwriting and musicality is only going upwards. A benefit for this baby band would be to decide on a lead singer, or maybe splitting the show setlist based on singers, as the switching between singers and instruments constantly can become a distraction from an otherwise excellent set. 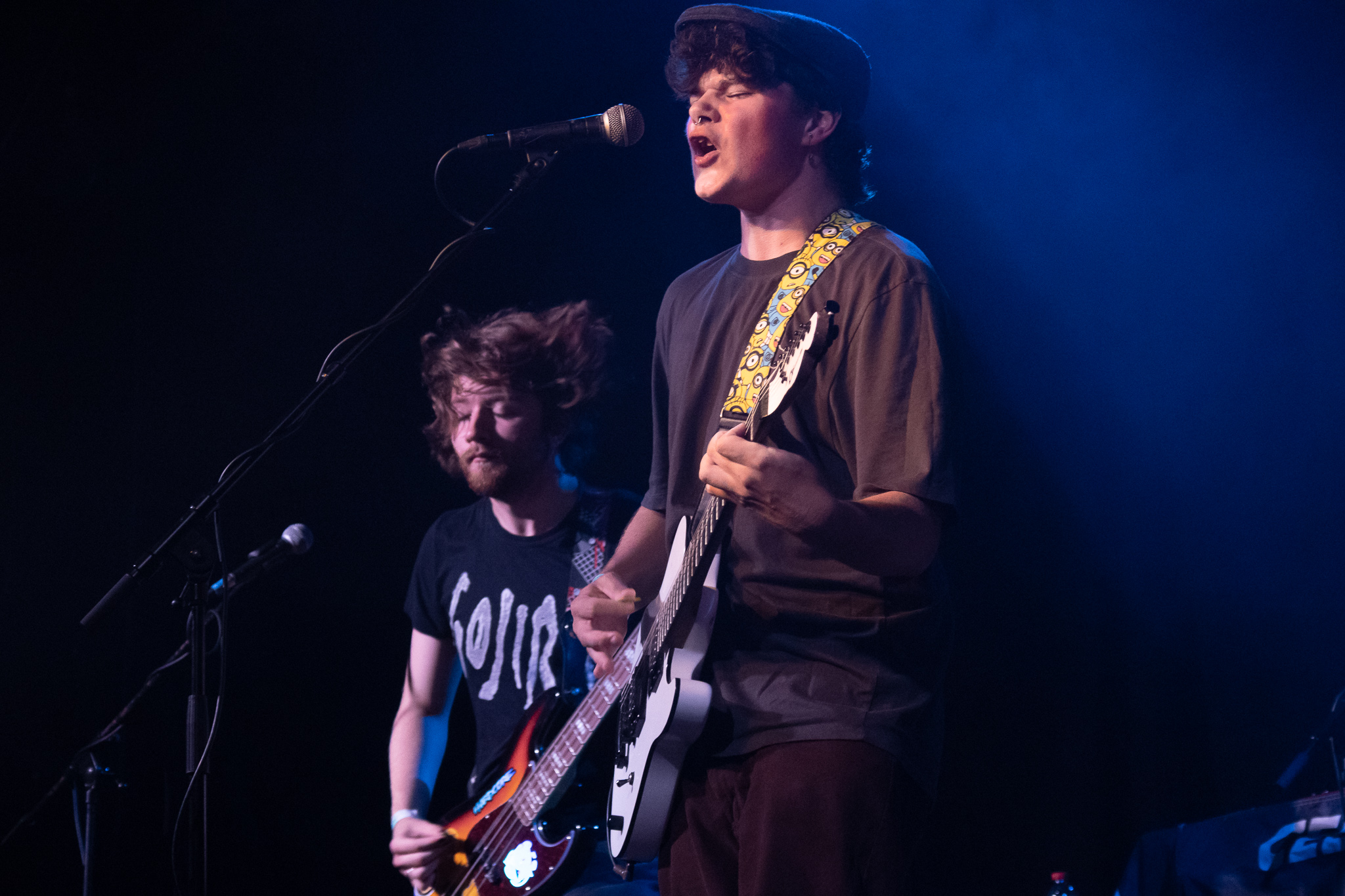 Ben and Seth of Vacuity. Photography by: Alan David Driscoll.

Next to the stage were headliners Anna's Anchor. Opening with a defined indie-punk-rock sound, the musical maturity of the band was evident. The band was greeted by thunderous applause at the end of opening track 'Shannon Bridge' - clearly their home city was eagerly waiting for their return. After 'Cleeve's', and a sweet dedication of 'Sarsfield Bridge' for two friends of his getting married, Marty was left on stage with synth/keys player and back-up vocalist Clare O'Brien. This wholesome acoustic moment in between full band tracks added a soft element to the performance. 'Sky is Closer' kept the soft-rock vibe going, with delicate synth floating alongside acoustic guitar.

Tipperary man Jamie Collison demonstrated monster guitar abilities in 'A Treaty of Sorts', setting off a Limerick/Tipp debate between the band and the crowd. 'Oldest Part of Town' brought us towards the end of the river walk, with soft drum beats from Brian Scally. 'Derelict' saw the end of Anna's Anchor's newer material, before the band played a few older songs to "finish up" the set.

Older clearly meant heavier, with tracks 'White Washed Corridor', 'Signal Tower', and 'You Are A Lighthouse' lent into a much punkier side of the band than heard earlier in the set. Featuring strong base from Michael Hennessy, these three tracks led to a demand for more music from the crowd. 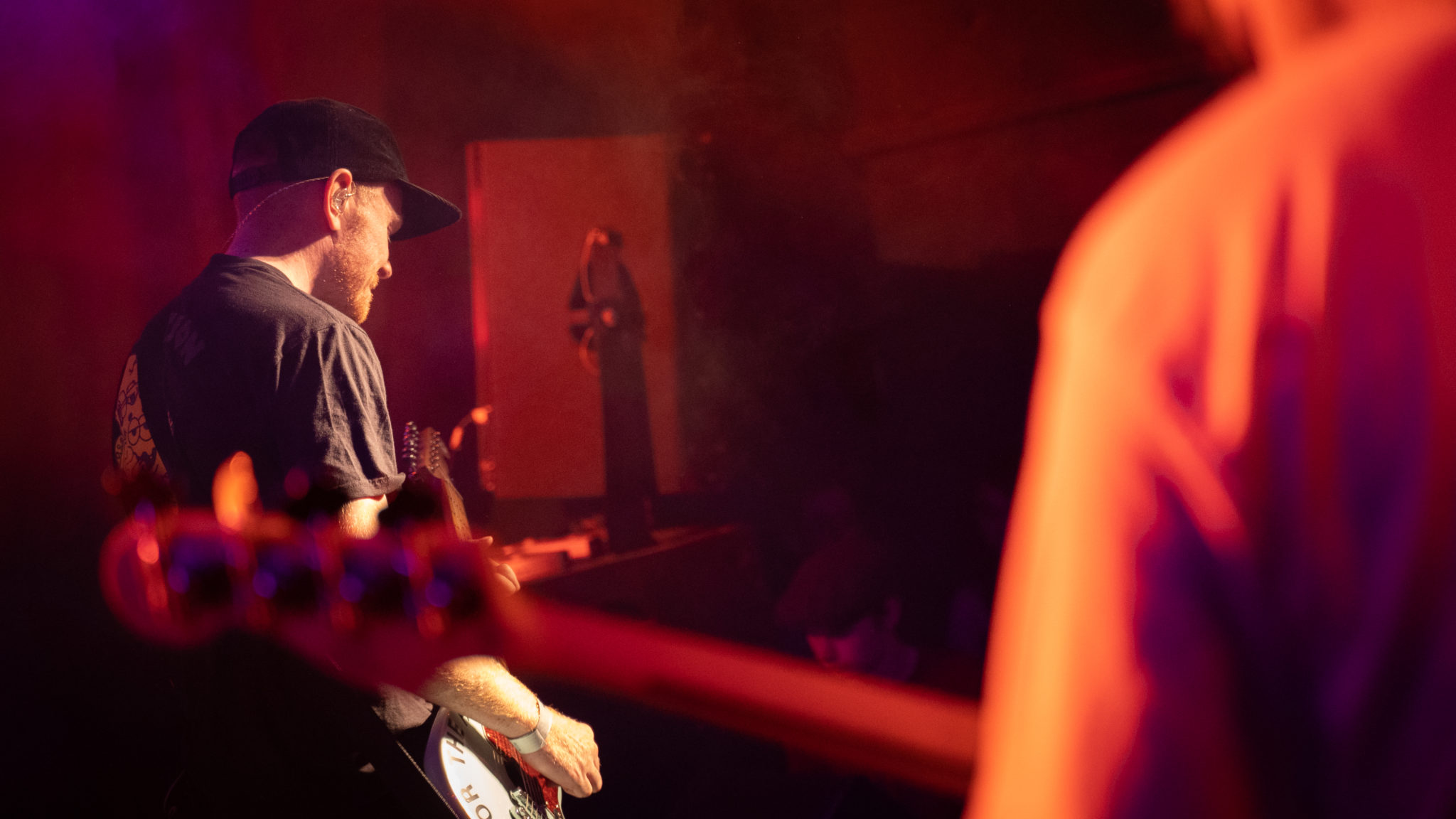 Returning to the stage for another acoustic moment, Marty broke out into a fan favourite (or my favourite at least) 'Johnny Cash Was a Punk'. Expressing his gratitude to fans who had travelled far and wide to witness this homecoming, the band rejoined Marty on stage for a spectacular rendition of R.E.M.'s 'It's The End Of The World As We Know It'.

Featuring mosh pits, head-banging, and touching moments between many members of the Limerick music community, this show was truly unmissable. It's a horrific shame that we won't see Anna's Anchor on Irish shores for the foreseeable, but it's without doubt that whatever comes from them next will be impressive.

Check out Anna's Anchor's latest album A Glorious Ruction below.