Our man Carty goes for a wander on day two of Electric Picnic and takes in Hudson Taylor, HamsandwicH, Silverbacks, KNEECAP, Picture This, and more

"We are so glad to be back doing this thing!" beamed Alfie Hudson-Taylor, resplendent in a natty grey suit, as his family band opened the main stage on day two of Electric Picnic and he was speaking for us all really. I hate to go all brown rice and lentils this early in the review - and I'd already had my mind blown by "sexy" Tadhg over at FishTown - but everyone from technicians to bar staff to the paying public and even crusty old rock hacks were delighted to be back. Yes, there was some unfortunate meteorological conditions but it only seemed to strengthen the general resolve to have a bloody good time after the Picnic's forced absence.

Back to Hudson-Taylor, who were on at the same time that Cian Ducrot was packing them in at Electric Arena. If I might not have taken them as seriously as I should in the past, they put me right with a set buoyed up by their own brand of enthusiastic sunshine. Alfie and brother Harry worked the crowd like old pros and tunes like 'What Do You Mean?', 'Chasing Rubies' and 'Honest' with guest vocals from Gabrielle Aplin had us all smiling and swaying. Sadly, they announced at the end of their set that they're about to call it a day, which Alfie confirmed to Hot Press the next morning. We wish them nothing but the best. 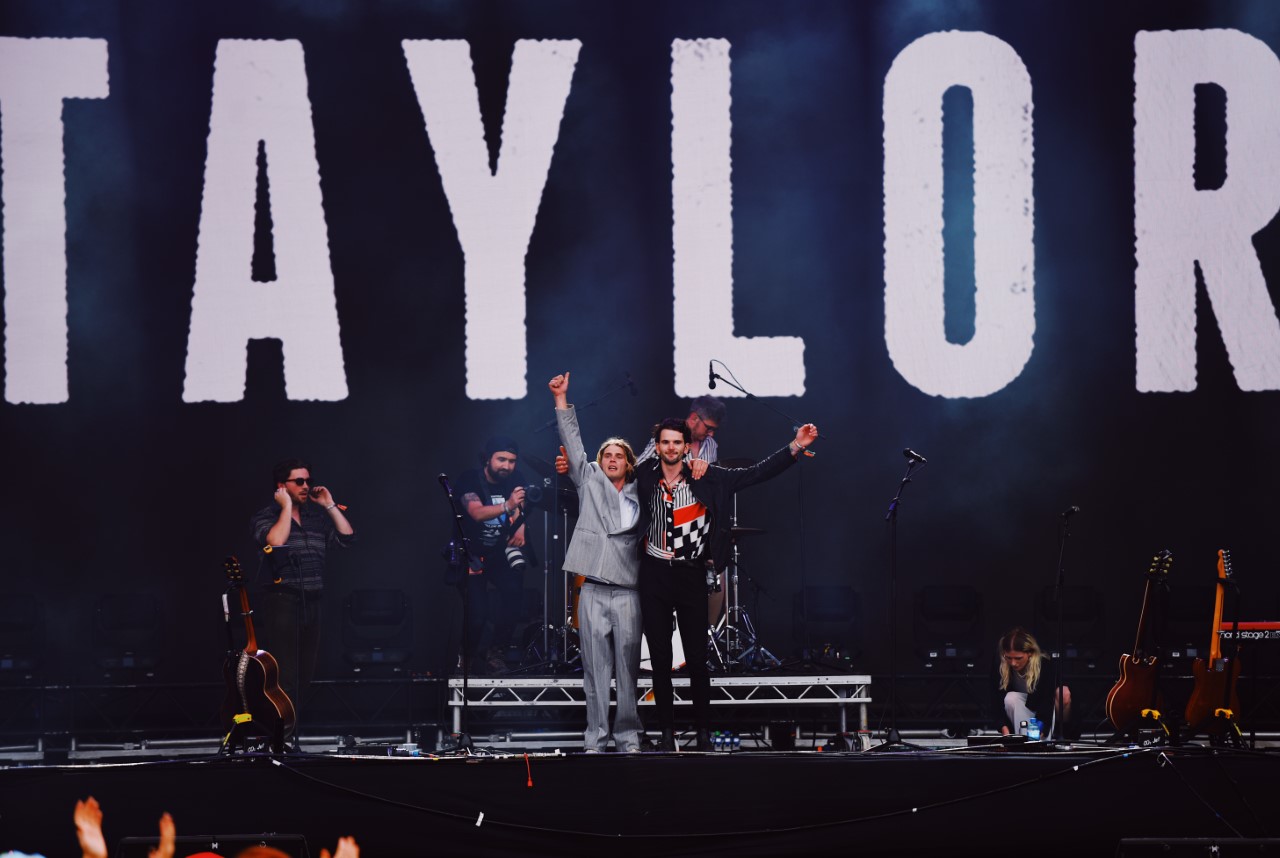 I'm not sure what was in the breakfast I ate but Hermitage Green made me question my own note taking later on. Did what follows really happen?  There was a lovely acoustic song about the grandad but that took a turn when the grandmother died in childbirth then, and I'm serious here, they introduced some new age chap on the video screen to lead us all through breathing exercises so we might get "high as fuck". The idea was to oxygenate the blood and I gave it a go for the sake of journalistic integrity although I ballsed it up. Or did I? I must have been at least slightly high, or else there really was two didgeridoos a harmonica bandolier and those half-way-up-a-Tibetan-mountain bells and cymbals as we ascended into a Céilí/Rave wonderland, and then - if that wasn't freaky enough - they gave us a cover of Depeche Mode's 'Just Can't Get Enough'. It was the complete festival experience condensed into about ten minutes. Class.

Caught just a few minutes of Sam Tompkins - great voice, great beard - before KNEECAP. "Holy Fuck, Some Crowd!" they accurately commented as they selected members of said crowd to organise the mosh pit. Then someone managed to light a flare. In a tent! Whatever about health and safety, it certainly looked cool. I didn't grow up in Belfast, so perhaps I'm not best placed to comment on their lyrical content, but 'Guilty Conscience' and 'Your Sniffer Dogs Are Shite' hit us like thrown bricks and they're probably right about Robert Troy.

I reckon Silver Backs' Archive Material is one of the more interesting Irish albums of the last while so I was glad to finally get to see them live at The Salty Dog. Angular, Tom Verlainey guitar lines that were possibly planned out in a lab and probably require extra fingers to play and some virtuoso maraca wrangling were gladly received. Imagine a truck full of sheet metal suddenly stops in front of you. The straps break and the metal crashes through the windscreen, taking your head clean off, but in a good way. That's what they sound like. 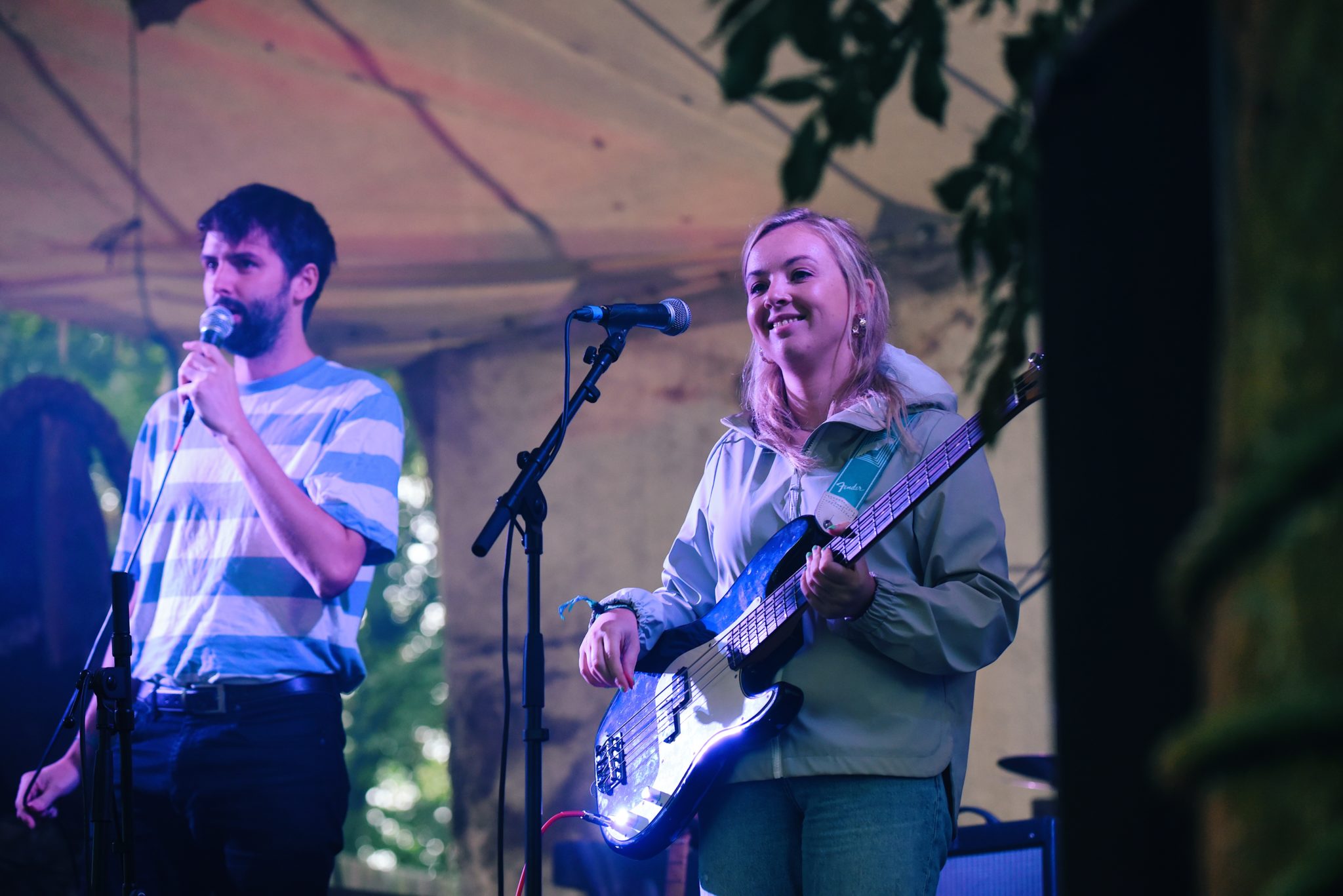 A quick stop in the Hot Press Chat Room for some soothing acoustic action from The Riptide Movement then over to FishTown for Jack Lukeman. 'The King Of Soho, 'Georgie Boy' and singalong versions of 'People Are Strange' with added trombone and - yes - 'Got My Mojo Working' and 'That's Alright Mama' with what sounded like a farfisa organ solo. Groovy, and Jack had the second best hat of the weekend.

These Charming Man went all spine-tingly with an a capella version of 'Space Oddity' and a make-a-grown-man-cry go at 'There Is A Light That Never Goes Out'. I stayed on at The Salty Dog for HamsandwicH who were nothing short of magnificent. Tracks off the forthcoming Magnify like 'Fired Up' bode very well indeed. Is Disco Rock a genre? Well, it is now. Mexican waves, 'organised' harmony singing, massive balloons thrown into the crowd, Niamh Farrell in the weekend's best trousers, people smiling, hugging and kissing, despite the weather being a tad inclement. Very good vibes. The 'SandwicH rule. 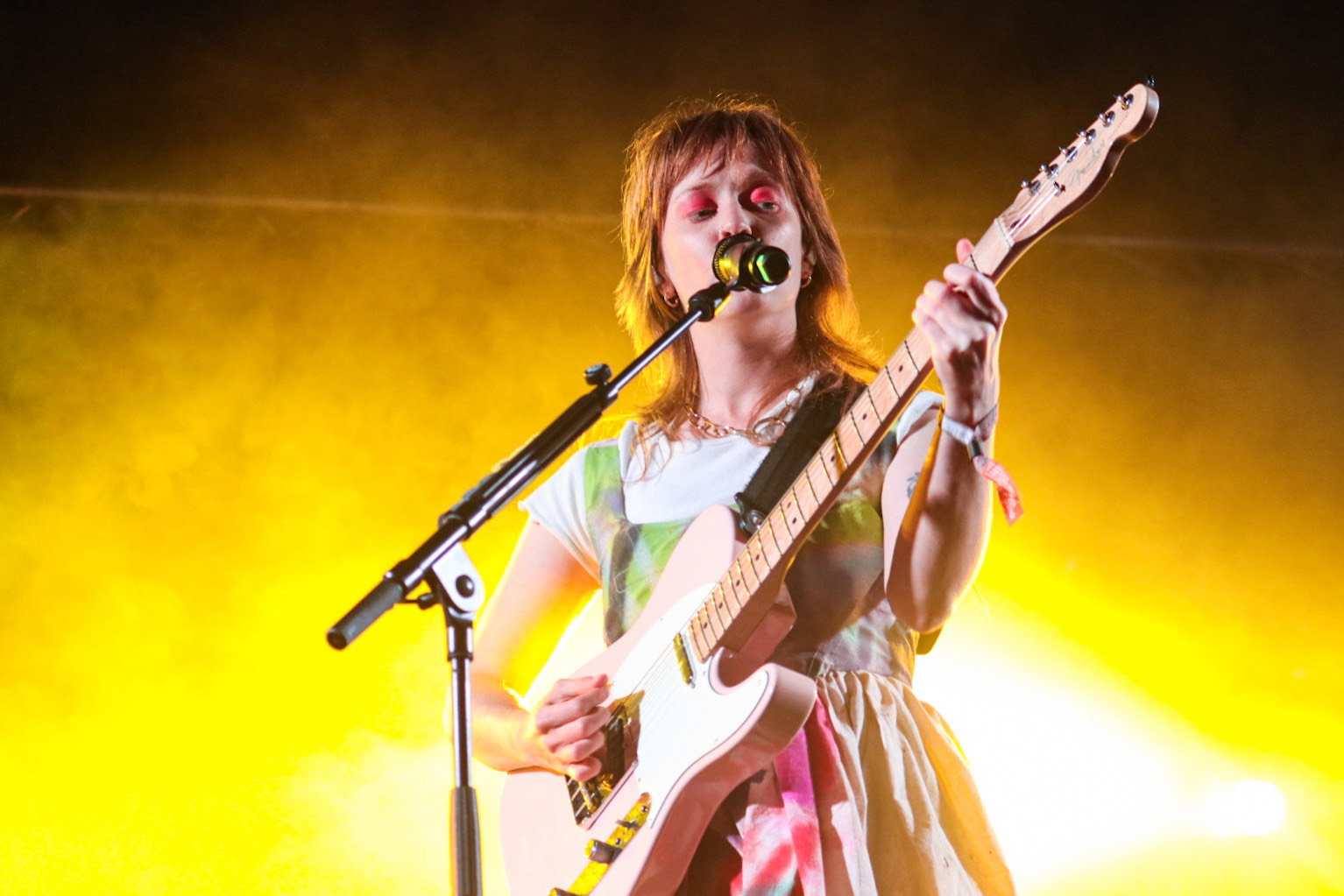 Moving from there back into the main area, it strikes an old head that there's really two festivals going on here, which is a good thing. If it all gets a bit hectic, one may retreat to the forest to recalibrate; if the mood becomes too mellow there, return to the main site and go bananas. Orla Gartland helped me out by writing her own review of her slot at the Three For All Music Stage. "I feel like the princess of Ireland!" she declared as the packed crowd sang along with every word of her excellent Woman On The Internet album and the second version of Kate Bush's 'Running Up That Hill' that I'd been treated to, after HamsandwicH's earlier on. Tune.

I passed the Bacardi stage and threw a quick shape to a Human League remix and caught a few minutes of Declan Pierce laying waste to an audience as I made my way to the main stage. I've seen George Clinton, Nick Cave, the Sex Pistols and The Flaming Lips on that stage, and now I've seen Picture This too. The appearance of Dublin Gospel Choir was a nice touch but I didn't buy the mic stand smashing Ryan Hennessy with his leather kacks, Lucky Bag tattoos and 'acquired taste' vocals. That being said, thousands of adoring fans were experiencing the time of their lives, after all the delays and cancellations of the last few years, and isn't that what the Electric Picnic is all about? It's a broad church, and there's a pew for us all. Wolf Alice might have been the better choice in retrospect, but morbid curiosity won out. Tame Impala's closing set was also perhaps more flash than substance, but Alfie was right, it really is good to be back.