Movember 2022 - Emmet Brennan: "I hope men are talking openly about depression more now. They weren't when I was growing up"
Emmet Brennan. Copyright Miguel Ruiz for Hot Press.

The men's health charity, Movember, started in Australia nearly 20 years ago. Since then, it has gone on to capture the imagination of people across the world, in the process raising over €774million in funds for men’s health initiatives. Here, Olympic fighter Emmet Brennan describes his lengthy mental health journey fighting depression – and winning in the ring.

Emmet Brennan is a man with a plan. As an Irish Olympic boxer, he should be fit. However, he is planning something especially bracing for Movember 2022.

“Last year I did the whole moustache thing, and I don’t grow facial hair very well,” the 31-year-old Olympian laughs. “It actually took me until like the third week before I could even see a moustache.”

And so he concluded that there has to be a better way!

“You can do the 5k a day as part of the Move physical challenge, but I’m only coming back from injury so I decided to try something new,” he explains. “I live not too far from Clontarf, so I’m gonna do a minute in the sea every day. By the time I get to day 30, I’ll be doing 30 minutes in the sea to get out of my comfort zone. I hate the Irish Sea – so the idea of 31 minutes at once in the sea actually terrifies me a bit!

“It’s too cold,” the Dubliner says, shaking his head.

An Irish amateur light-heavyweight champion, Emmet drew the attention, and praise, of the nation last summer in Tokyo, when he delivered a passionate, emotional interview on camera after his loss in the Olympics. It was a touching moment of raw honesty, something that a group like Movember wants to see more of from men.

“They got in contact with me last year to be an ambassador, actually,” Brennan tells me. “Obviously, I’d heard about them before that. It’s great to raise awareness of course, but I think it would be great to see their work being appreciated in the other eleven months of the year.

“I probably relate a little bit more to the mental health side of Movember,” he continues. “I hope men are actually talking about depression more now. When I was growing up, I actually don’t think I had ever heard the phrase ‘mental health’ or knew exactly what it was. It’s a lot more common now to go and actually get help – I’ve known people who’ve openly gone to see therapists and the GP about their own mental health. They’ve all gotten great results, and they’re all in a far better place right now from it.” 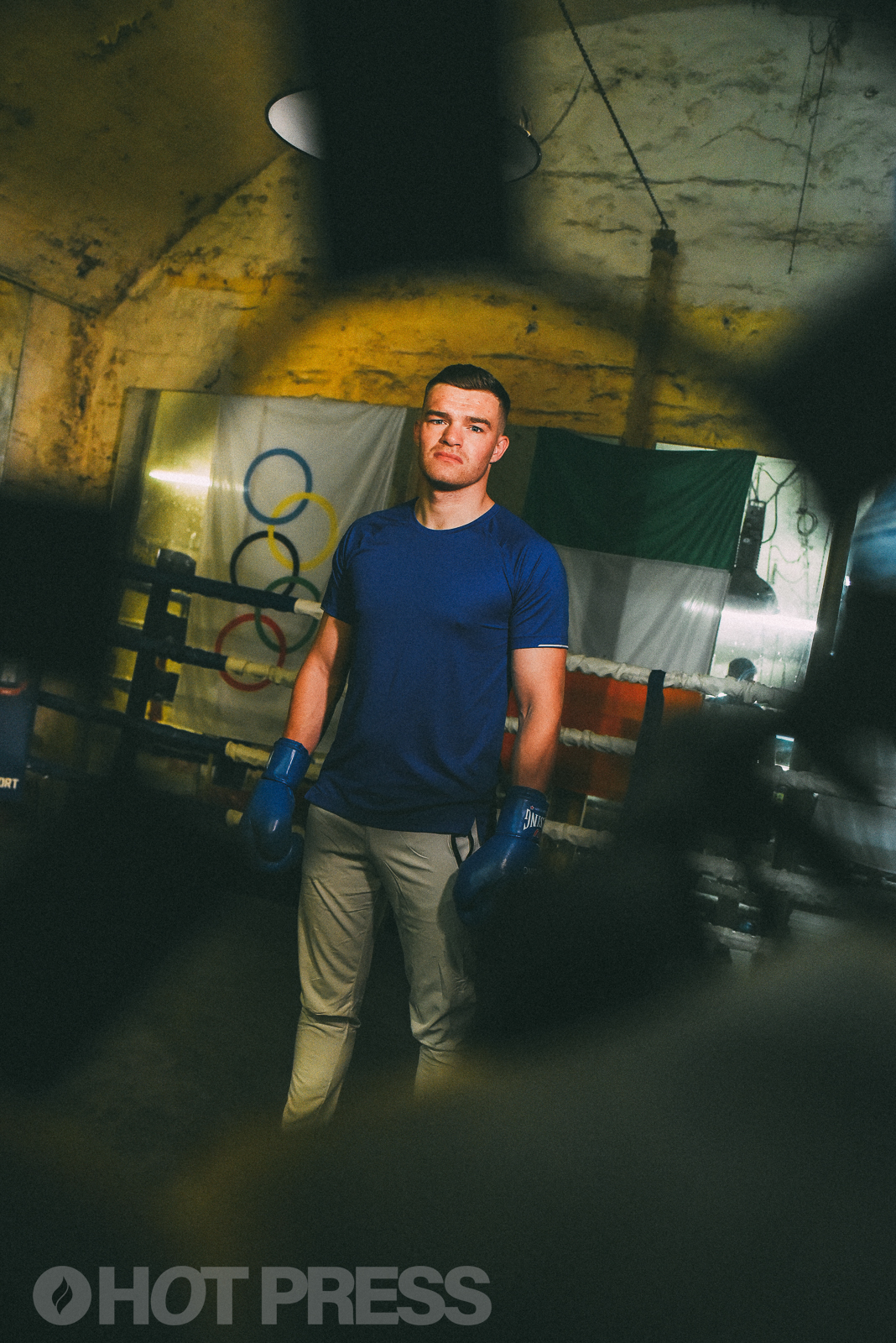 At 31, Brennan is also at the age where testicular cancer is prevalent. This form of cancer tends to mostly affect men between 15 and 34 years of age.

“There’s no shame in going to get checked for testicular or prostate cancer,” he responds. “If you do get checked and they find it early, there’s a bigger chance of having a full recovery. I don’t think there’s as much of a stigma around getting checked for physical help. I would be confident that myself and my friends would have no problem going for help or even asking each other’s opinion. We’re in our early 30s, but maybe if you’re in your early to mid 20s, where you’re probably not as mature, there could be a stigma there.”

The boxer has been forthcoming about how the sport pulled him out of an especially rough time in his life.

“I suffered with mental health from about age 16 up to 24 at the time. At the start, I didn’t really know what it was. I just thought it was me. I got to a very, very low point at around 24, where I realised that I was severely suffering from depression to the point where it was really negatively affecting my life. I couldn’t get out of bed in the morning, and I had constant headaches. I walked away from boxing at the time.

“I gradually realised that for me to be happy, I needed goals. I needed something to look forward to. I didn’t do anything major: I ate better and got up earlier. I stayed on top of my hydration so I wasn’t lethargic. I went back to boxing, I socialised more, I cut back on alcohol. I was around my friends an awful lot more – the likes of going for coffee and food.

“I never got professional help, but it’s completely individualised. Someone else might need a professional therapist or medication. It’s trial and error. I didn’t have any depression in the last 12 months but it’s been a strange year. I had the tools from when I was 24. I’m in a much better, happier place now.” 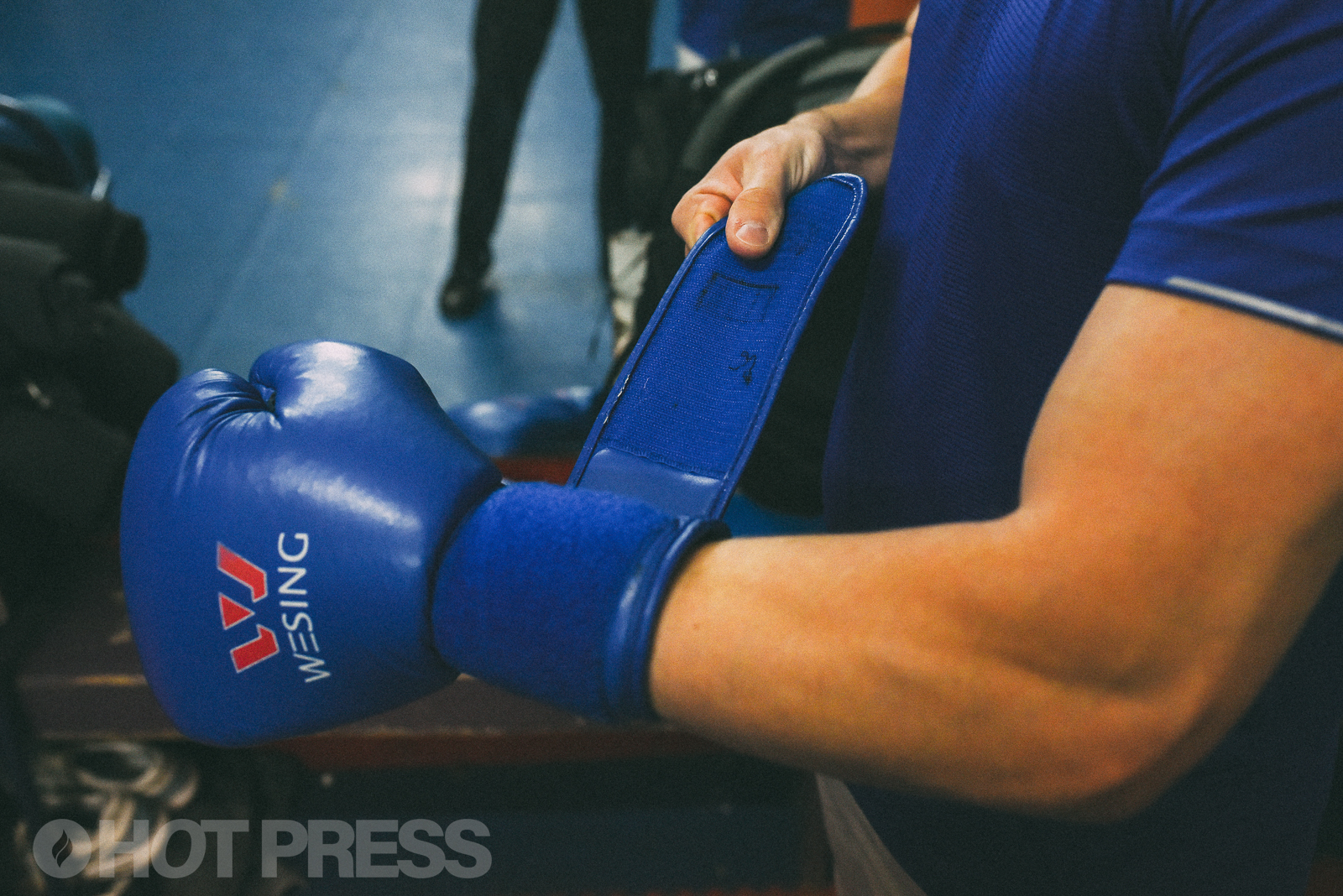 If he could go back to his sixteen-year-old self, would Emmet change anything about forging a way forward past his depression?

“I just wish I’d taken steps at 16 or 17. I let the depression snowball literally to a place where I was very, very vulnerable mentally. So, I should have taken that step a little bit sooner. That was probably down to the stigma of depression. I felt embarrassed about it. Even now, it still embarrasses me slightly to talk about it.

“It’s a sickness. I wish I had opened up maybe three or four years earlier and gone to get help. The help is there and once you do talk to someone, or once you start living that better life, things start turning around. It’s not overnight. My life has just completely changed, but I can still remember what it felt like seven or eight years ago.

“The good thing is that, if things were to go back to that bad place, I believe I could get out of it quick enough.”