Movember 2022 - Dan Murphy: "The cause at the heart of Movember is very meaningful"
Kate Brayden

The men's health charity, Movember, started in Australia nearly 20 years ago. Since then, it has gone on to capture the imagination of people across the world, in the process raising over €774 million in funds for men’s health initiatives. In our new special, Dan Murphy of Hermitage Green talks about mental health among men in Ireland post-Covid, and the importance of getting checked for male-specific cancers – like prostate cancer and testicular cancer.

Dan Murphy of Hermitage Green is a busy man. He is in the airport as we speak, on his way from London to Cork, where his band are set to perform, before heading off on an international tour.

“For various reasons I’m not in a place to grow a moustache this November, but I’ll definitely be promoting Movember in other ways,” he tells me.

Dan has long been an evangelist for the male-focussed charity. It is particularly important for Irish men, who are forced to deal with a lack of mental health services, high suicide rates, a barrage of negativity – and a physical health crisis of waiting list times for prostate and testicular cancer procedures.

“The cause at the heart of Movember is very meaningful so it’s important for all of us to be part of it,” Dan smiles. “It’s a positive change that it’s encompassing all of men’s health now.

“I can’t comment too much on the culture of masculinity in other countries,” he adds, “but having grown up as a man in Ireland in the ‘90s and ‘80s, masculinity in the 20th century ran along the following lines. You were tough, you worked hard, you were straight and you married a woman and had kids. That was the culture. I think a lot has changed this century.” 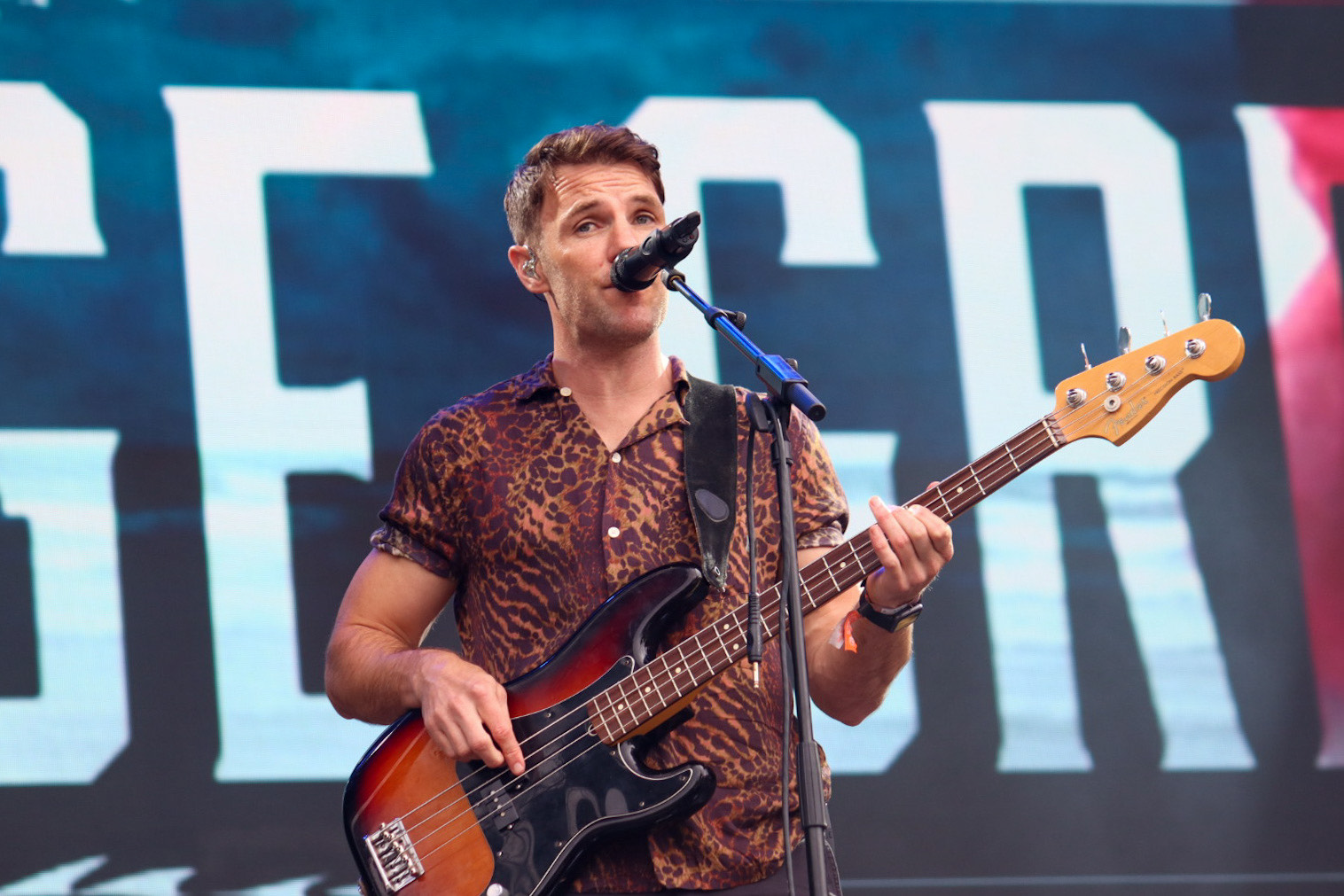 Murphy considers himself lucky in many ways.

“I come from a very supportive, loving family, so I can’t say I’ve ever had a really difficult experience with poor mental health,” he says. “I’ve definitely suffered bouts of circumstantial depression, where I’ve been upset or dismayed about things. But it’s from the experiences of my friends growing up in Ireland, that I know the mental health facilities aren’t available here.

“Not only that, but the wider culture of our society didn’t exactly encourage people to talk about mental health issues. Something like Movember is indicative of a changing attitude and a different way of thinking in Ireland. We all took a knock during Covid as well, mentally,” Dan adds.

Has he noticed an improvement in awareness surrounding men’s physical health?

“There’s definitely more discourse around prostate and testicular cancer,” the musician tells me. “It’s normal now to see someone on social media saying, ‘Lads, make sure to check your balls in the shower’. That would’ve been scoffed at a couple years ago. I had a little bit of a scare during the first lockdown. I do routinely check, and I felt something – this was March 2020, in the middle of the first lockdown – and I panicked. I got in touch with a friend who was a doctor to refer me to a private hospital for an ultrasound. It wasn’t easy, I’ll put it that way. Everything was fine, and it turned out that was quite normal.

“It seems a lot of guys will feel things that seem abnormal from time to time, and that’s even more of a reason to check,” Dan continues.

“But what I learned from going through that process is that it was totally normal, and I learned what you should look out for in detecting unusual stuff down there. It wasn’t easy to get that appointment during lockdown, and I also had to pay quite a bit of money for that – which I don’t think is right. With the NHS, for example, you can turn up to a doctor’s office and tell them something’s wrong and they’ll send you for an ultrasound right away without expecting you to pay for it. I think Ireland could afford to take a leaf out of that book.

“I would say to the men of Ireland, check your balls so that your doctor doesn’t have to. I know it’s scary, but it could save your life. When my scare happened, during lockdown, and I spoke to my family and friends, it was only then that I learned they had all had similar scares and experiences. You learn quite a lot about the types of lump you need to be worried about. The most common age of testicular cancer, which I didn’t know, is between 15 and 34, whereas I would’ve presumed it would be more common in older people. I think there needs to be a bigger discussion around that, so the information is reaching the right people.”

CervicalCheck campaigner Stephen Teap vows to continue the late Vicky Phelan's campaign: "There is an awful lot of work to be done today"
Mick Flannery shares album recorded by his late mother Elaine Flannery, who died of cervical cancer following an alleged misdiagnosis
Aslan pull out of Kilkenny gig due to Christy Dignam's health