Malaki on Pieta House: "That organisation really important to me because I’ve been in that headspace before. I wanted to provide any help I can"
Molly Cantwell

Up and coming Dublin hip-hop sensation, Malaki, has been consistently open and honest about his struggles with mental health. Now an ambassador for Pieta, the artist is excited to help people who are struggling as he was.

Hugh Mulligan aka Malaki is a gifted young Irish hip-hop artist with a fierce amount of drive and passion. In 2021, Malaki released a breath-taking EP, titled Don’t Forget to Take Your Medicine. More recently, he launched the powerful single ‘Never Mind’, which we made a Hot Press Track of the Day on its release in September. In it, the Dubliner highlights how we, far too often, bury our real feelings under those two familiar, but ultimately evasive, words.

“I left the party to breathe/ But the goddess of Eden was a bottle to me,” he spits in the first verse. And in the second, he refers to “Stepping over overdoses in those brand-new Gucci loafers.” Mental health has consistently been a key theme for the brilliant young rapper. It is a background that explains his decision to become an ambassador for Pieta.

Pieta was launched in 2006. Over 15 years later, it is the biggest mental health charity in Ireland, operating across 20 locations and employing over 200 therapists and support staff. Pieta provides free counselling for people with suicidal ideation, or who are engaging in self-harm. The organisation also provides counselling for those bereaved by suicide. Unfortunately, the demand for their services has been increasing steadily.

Mulligan first made the Pieta connection when he performed as part of the Late Late Show on RTÉ, supporting Pieta’s annual Darkness into Light fundraising campaign. He has since upped the ante considerably.

“In the last year a lot has changed for me,” Hugh says. “I’ve been coming to terms with my music and the effect that it has on people. I’m truly understanding that the lyrics I write, and the experiences I share, are not just a diary entry or therapy for myself. They’re cathartic for other people. I’ve changed my lifestyle – and decided to take on a bit more responsibility.” 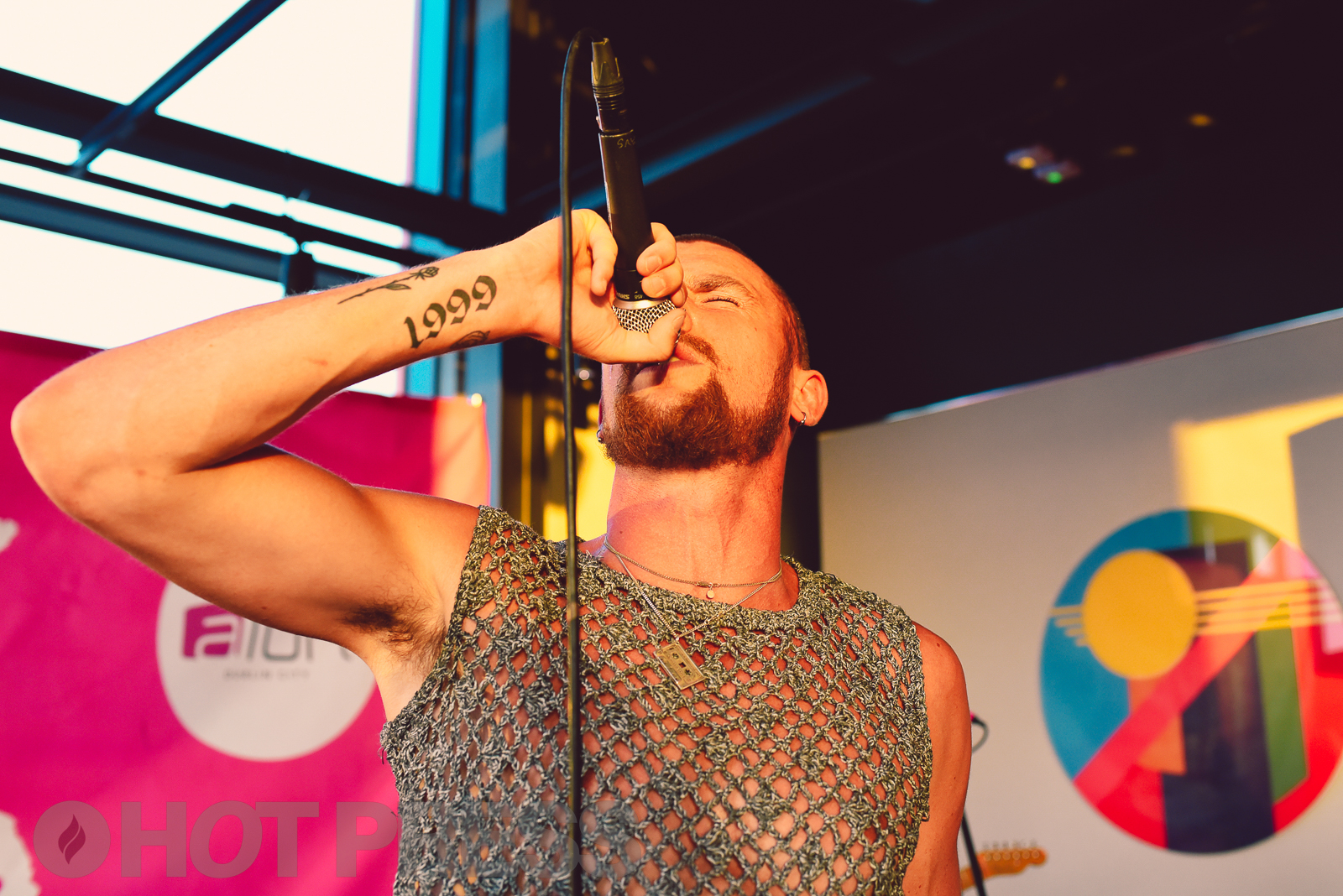 Which is exactly what he’s done.

“Pieta is really important to me,” he adds, “because I’ve been in that headspace before. I wanted to do something, however small, to provide any help that I can. That’s the most important thing for me now.”

In his guise as Malaki, Hugh recently announced a mini Irish tour, leading up to a headline show in The Academy. He subsequently pledged to donate 40 per cent of net profits from his Dublin show to Pieta.

Malaki was among the last acts to play the Academy, doing a sold-out show the night before pandemic restrictions closed the venue. That will surely add to the sense of homecoming this time around.

“We’re doing the Academy again,” he says, “but this time I’m raising funds for Pieta. I felt compelled to reach out to Pieta, personally rather than artistically. I want to give some money and support as Hugh rather than as Malaki. I just thought: ‘If I’m going to do a show as big as the last one in The Academy, I’d like to do something for a charity that’s incredibly important to me’.

“So, I’ve decided to give 40 per cent of the net earnings directly to Pieta. We’re also talking about collaborating on some merch for the night. Hopefully the gig will sell-out–- the more tickets sold, the more money goes to Pieta.” 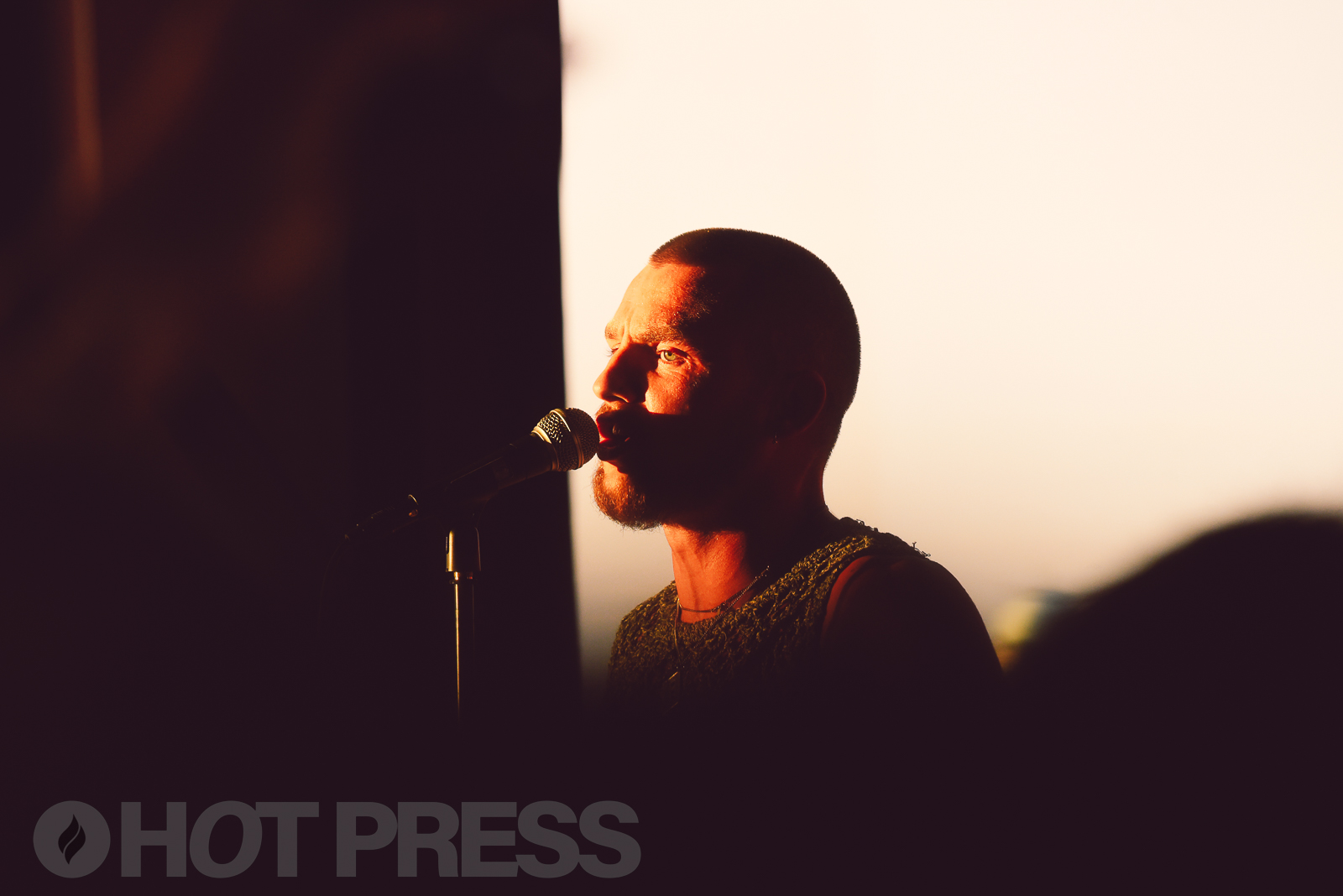 The response to Malaki’s initiative has been incredibly positive. Hugh puts this down to Irish people’s innate generosity.

“Irish people are some of the most charitable in the world,” he observes. “We give a ridiculous amount of money away and help as much as we can. I think I got the charitable streak from my mother. She’s an incredible woman and she really passed down that gene of generosity and kindness.

“Even though it’s a really hard time for musicians at the moment I still wanted to give, and in the best way I can. Because in Ireland, you know, the suicide rate is extremely high. And I have so many friends who have experienced loss from it, or have suffered from bad mental health. So, doing this work for Pieta is really important to me.”

Hugh makes the point, in relation to mental health issues, that politicians have left too much up to Irish people.

“When it comes to the politics of it all,” he says, “it’s difficult to speak about, because governments over the years have let us down so many times. So it’s really up to us to look out for ourselves. When I say that I mean: if the government aren’t giving funding or taking the initiative to help people, we then need to think: ‘What we can do to help?’

“What I love about Pieta is that they don’t want me to worry about how much money I raise – it’s much more about getting a young man to speak out about this issue and to raise awareness. That’s the important thing.”

Malaki has always dealt honestly with his emotions and struggles in his lyrics, going back to ‘I’m Grand’ – framed as the ‘interlude’ in the artist’s first ever project, Butterfly Boy, from 2019.

“At the time I wrote ‘I’m Grand’, I was in a bad place and I overcame it,” he recalls. “Then I wrote the track about it, and I thought that was the last time I’d ever feel like that. Two years on, I’ve released ‘Never Mind’, showing that nothing’s really changed.

“I had this conversation with myself and I think I’ve shown that no matter how big I get, or what shows I do, it’s difficult to comprehend the extent of your success if you’re not feeling 100 per cent. It was a really important song for me to release.”

Having come out the other side of a battle with depression, Mulligan is doing a lot better now.

“I’m okay,” Hugh states. “I think that’s important to say, you know – don’t stray away from being honest. I think Irish people are great at saying ‘I’m grand’, or ‘I’m fine’, ‘don’t worry about it’ or ‘never mind’. These phrases are ingrained in us to cloak our true feelings.

“I can completely understand if someone isn’t ready to speak about it,” he adds, “but fortunately enough, I’ve been through my times of hardship. I understand the pain now and I can take action. I have my days, but the important thing is that I can recognise them now and I’m no longer alienated by those feelings.

“I think for any young person experiencing this first hand or for the first time, it can be really scary. The best thing I can do is to make people aware that it’s okay to be going through this. And trust me: it will get better.”

• Malaki takes to The Academy stage on November 4 with 40 per cent of net profits going to Pieta. Tickets are available through Ticketmaster now. If you have been affected by any of the themes in this article, contact Pieta’s Free 24/7 Crisis helpline on 1800 247 247 or text HELP to 51444.

Read the full mental health special in the new issue of Hot Press, out now.

Mind Magic - Using Psilocybin To Treat Mental Illness: "I've never had such a positive, immediate response to a therapy"
Movember 2022 - Emmet Brennan: "I hope men are talking openly about depression more now. They weren't when I was growing up"
Movember 2022: Changing The Face Of Men's Health

Largest study on magic mushrooms finds huge progress for clinical depression
Mental Health Special - Pádraig Jack: "After my first panic attack, I went to a counsellor straight away and talked to friends and family"
Mental Health Podcasts: Here's Five To Check Out
Mental Health Special - Bressie: "We have amazing psychologists who unfortunately don’t get to do their jobs because of waiting lists"
Student Mental Health - Clodagh Ní Ghallachóir: "We’re very much about meeting the individual as they are, and then tailoring the service to meet their needs"
The Happy Pear twins: "Eating a plant-based diet is the biggest way to address your carbon footprint"