The news arrives following the murders of Bruna Fonseca by her former partner in Cork and pregnant Natalie McNally in Lurgan in the past few weeks alone.

The justice minister has insisted that a slew of new laws tackling domestic violence and gender-based abuse will be enacted before the summer in Ireland.

As the first anniversary of the killing of Ashling Murphy takes place this week, Minister Simon Harris said legislation to increase maximum sentences, strengthen victims' rights, and increase monitoring of sex offenders will be introduced in the first half of this year.

An anniversary Mass marking one year since the death of Ashling Murphy will take place on Thursday in Mountbolus church, Co Offaly.

The 23-year-old's family and friends have also established a memorial fund in her honour, which will create education, sport, and musical scholarships; support arts and cultural activities; provide musical instrument banks for organisations, and promote the Irish language.

"Ashling was fully committed to everything she put her hand to; she was highly motivated and always believed in following her dreams," read a statement posted on social media by the Murphy family.

In the last two weeks, Brazilian national Bruna Fonseca was murdered in Cork city by her former partner, while pregnant Natalie McNally was brutally killed in Lurgan by an attacker that remains at large.

The charity Crimestoppers has offered a £20,000 reward for information which leads to the arrest and conviction of those responsible for her murder.

The PSNI also released CCTV footage of a man carrying a rucksack arriving at Silverwood Green, in Lurgan, on Sunday 18 December as part of their murder inquiry.

Bruna Fonseca had made friends around Cork city in her short time living in Ireland, with 2022 marking her first New Year's in the country.

She was a qualified librarian and graduated from the Centro Universitario de Formiga in 2018. Fonseca moved to Cork in September of last year (2022) and was working as a contract cleaner at the Mercy University Hospital.

Bruna was attacked by 29-year-old Miller Pacheco shortly after she returned to a Leeside apartment following a night out with friends. She had been celebrating New Year's eve at a party in the Oyster Tavern off Patrick's Street. 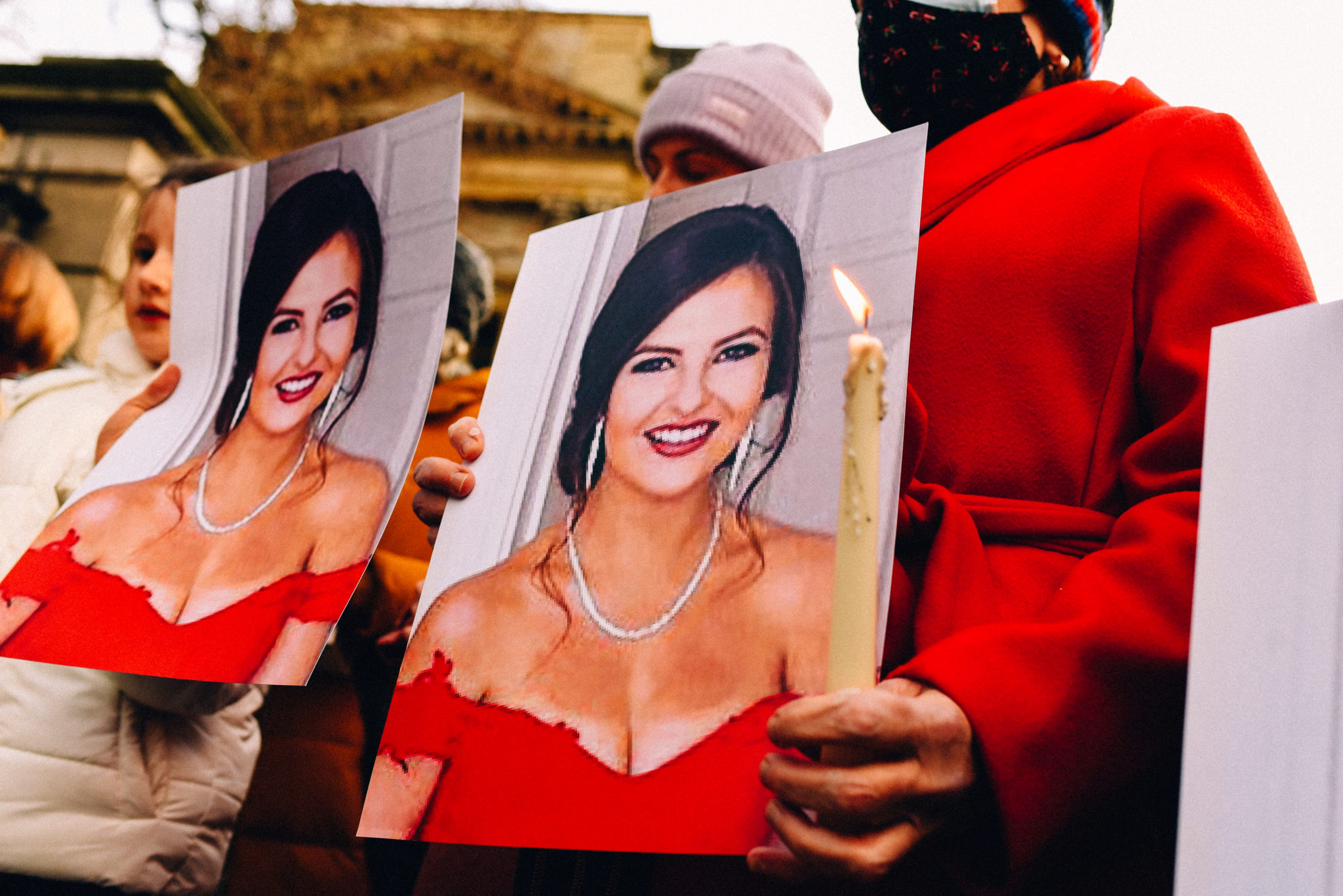 Simon Harris is to publish a major new sexual offences bill in the coming weeks that will reportedly strengthen the rights of victims, ensure anonymity for victims in all trials for sexual offences, and extend the victim’s right to separate legal representation.

The Government is to enact laws before the summer, making stalking and strangulation a standalone criminal offence, and will also change the law to double the maximum sentence for assault causing harm from five years to 10 years.

"This involves all parts of society and Government playing its parts and that’s what the Zero Tolerance plan published by my colleague, Minister McEntee, is about," Harris told The Irish Examiner.

A new law to increase the monitoring of sex offenders, including through the use of electronic tagging, will hopefully pass all stages before the summer.

The group's submission on Senior Cycle SPHE Curriculum Redevelopment stresses that teachers must receive ongoing training to ensure they feel confident and competent in delivering this updated, evidence-based curriculum.

"The curriculum should address the very real impact of gender-based violence on girls, and support students to develop healthy behaviours based on consent and mutual respect.

"Catcalling, unwanted sexual messages, inappropriate touching, and harassment can all be accepted as normal by teenagers if we don’t challenge these behaviours."

Schools in Ireland are only required to provide a minimum of six RSE lessons in senior cycle per year and timetabling of SPHE in senior cycle is not mandatory, which results in a lot of variation between schools.

The Hog on Climate: "Reasonable people are open to persuasion. The fundamental challenge isn’t to win the extremes, but the middle ground"
HSE urges public to get latest Covid-19 booster vaccine
Nicola Sturgeon will challenge Westminster for blocking Scotland's gender reform bill
Huge spike in STI cases reported since January 2022
Travellers Together Preventing Suicide to host concert fundraiser
Dublin's The Hole in the Wall issued closure notice due to "filthy conditions"