Concerns have been raised that the Child and Adolescent Mental Health Service (CAMHS) has rejected many cases as they did not fit a narrow definition.

The Chief Executive of the Children's Rights Alliance and the medical director of the Irish College of General Practitioners (ICGP) have lambasted the current state of Ireland's youth mental health services.

The "unacceptable" lack of capacity in the Child and Adolescent Mental Health Service (CAMHS) is resulting in rejected referrals, according to Dr Diarmuid Quinlan of the ICGP, speaking today on RTÉ Radio's Morning Ireland.

Dr Quinlan noted as, as a GP, when he makes referrals for young people up to 60 per cent of cases are rejected by CAMHS. If the patient does manage to get on the list, they then face a long wait, he observed.

In one Community Health Organisation, there were 140 "lost" cases within the CAMHS team, and the report also found evidence that some teams were not monitoring antipsychotic medication, in accordance with international standards.

Chief Executive of the Children's Rights Alliance, Tanya Ward, also appeared on the show and stated that a "root and branch" reform of CAMHS "that starts at the very top" is necessary. 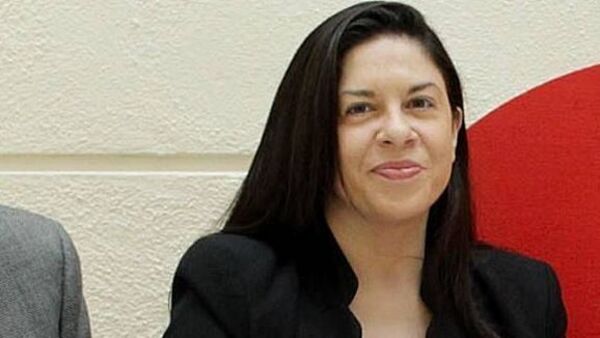 "It's very frustrating to see the long list of situations where CAMHS are turning children away," Ward said. "Really, what we need is a multidisciplinary team running CAMHS. We don't even have enough psychiatrists to run CAMHS the way we are," she added.

A report by the Mental Health Commission highlighted significant deficits in CAMHS. The system is also outdated. Seven years ago, the UN Committee on the Rights of the Child met the Irish government and recommended that an independent advocacy service for children and young people be established, but this was never set up.

"What you're seeing yesterday with the kind of findings coming through, if there had been a service like this established, we would have had these issues documented and publicised much earlier and hopefully some sort of change in the CAMH service," Tanya Ward continued.

The professionals working in CAMHS are reporting the long waiting lists for children, their huge caseloads and how stressed they are, she said.

"They're telling us about situations where children have disappeared, and nobody knows where they are," Ms Ward posited. "I suppose if you imagine, if a child is very vulnerable and their parent isn't in a situation where they can stand up for their rights, who's going to stand up for them?"

The low level of acceptance of cases is the "hallmark" of a service that turns children away, she said.

"It seems to be it's become very specialised, and I often think when services are in crisis they do get into the habit of turning cases away if they don't fit into a narrow definition of the conditions that they're going to respond to."

The report noted poor monitoring of medication in the system; children waiting days in emergency departments for psychiatric care; staff being exhausted, overwhelmed and inadequately supervised; psychiatrists not trained to work with children being employed in CAMHS; and poor risk management and clinical governance within the service.

People working in the service say they fear the serious shortcomings identified will worsen in the period up to 2030 as shortages of psychiatrists become more acute.

The MHC has published an Interim Report from an Independent Review of the Provision of CAMHS services, has found that children and young people accessing these services have been "lost" to follow-up care.

"The National Clinical Lead and the Assistant National Director roles, they'll be put in place now. We’re hiring more staff now; the consultant contract will be in place in the coming weeks. That will make it easier for the HSE to hire physiatrists in and there is a very clear focus on compliance and guidelines.

"And critically, any of those children who haven’t been reviewed in six months or more, every one of those cases is now being reviewed. So we’re not waiting on more reports to act. The HSE and Government are acting now," he said.

The Minister stated that over the last two-and-a-half years "there's an extra 500 people have been hired into mental health services, a portion of them into CAMHS."

Problems in the CAMHS can be better addressed if the Irish Medical Organisation and the Irish Hospital Consultants Association accept the new consultants’ contract, Stephen Donnelly also claimed.

The contract was finalised in December after lengthy negotiations and the Government agreed to give medical organisations two months to consult their members on it. Health authorities hope the deal can unlock the appointment of hundreds of consultants to fill posts currently vacant across the country and that its extended working hours would allow for greater rostering of consultants during evenings and weekends.

The doctors’ organisations have not yet backed the new contract and have warned Donnelly not to proceed with it without their agreement, according to the Irish Times.

The health minister said that "it is feasible" that a review of up to 4,000 cases will be completed by May.

Taoiseach Leo Varadkar also stated that "action is being taken" to resolve problems within CAMHS.

The Happy Pear twins: "Eating a plant-based diet is the biggest way to address your carbon footprint"
The Hog on Climate: "Reasonable people are open to persuasion. The fundamental challenge isn’t to win the extremes, but the middle ground"
HSE urges public to get latest Covid-19 booster vaccine
Nicola Sturgeon will challenge Westminster for blocking Scotland's gender reform bill
Huge spike in STI cases reported since January 2022
Travellers Together Preventing Suicide to host concert fundraiser