The festival returns for it's twelfth run, with events all over the country and online.

New CEO of First Fortnight, Maria Fleming said: "First Fortnight is looking forward to spending time with our audience as we celebrate the work of some extraordinary artists who this year are working with First Fortnight, helping us place an additional spotlight on and amplification of the consistent need to end the stigma attached to mental ill health.

"Each year First Fortnight offers an opportunity to start your year on an artistic high. While we cannot ignore the difficulties that artists and audiences have experienced in recent times, we want to take a moment to come together, to pause and celebrate the arts. This year we are bringing you occasions to gather with friends, family and strangers; to participate, immerse, observe and appreciate both in person and from a distance the remarkable collective vision from multiple artistic disciplines," Fleming added.

"At First Fortnight, we honour the healing power of the arts and in 2023 we particularly want to focus on hope. Hope for better times and hope for an end to mental health stigma. Through a variety of events across the ten days of the festival we will be exploring positive advances in attitudes to mental health, tools for finding recovery from mental ill health and support available for those currently experiencing mental ill health.

"There will always be challenges but every now and again it’s good to take stock, see the progress being made, focus on the positive and strive for better outcomes. Take the time this January 6th – 15th to come dance, write, draw, speak, listen and watch; we can guarantee you will enjoy it and feel the better for it."

The festival commences on Nollaig na mBan - Friday, January 6. A celebration of the start of the new year, this year will also celebrate the twelfth festival - which, in turn, is a celebration of conversation, community and togetherness, hope and recovery.

Below is a synopsis of the events:

On Friday, January 6, in a First Fortnight first, the festival will unveil a mental health themed large-scale tapestry by Electronic Sheep. The group are noted for many acclaimed pieces previously, including the award-winning Kilburn Tapestries and This is Ireland.

This new tapestry, NOTIFICATIONS OFF, focuses on people and objects that bring comfort in times of sadness, aiming to open up the conversation around mental health awareness.

NOTIFICATIONS OFF was commissioned by First Fortnight and The Arts Council, specially for First Fortnight Mental Health Art and Culture Festival 2023 and features contributions from Gavin Friday, Aisling Bee, Laura Whitmore and Vince Power, together with powerful contributions and emotive stories from a circle of strong people not in the public eye.

The tapestry will be on display at The Cube at Project Arts Centre until January 14. A series of related workshops are also confirmed during the time of this instillation - with details on the First Fortnight website.

Following its First Fortnight installation, NOTIFICATIONS OFF will go on tour to London and Paris later in 2023.

The first day of the 2023 festival will conclude with A Celebration of Hope on Nollaig na mBan, underlining the festival's ambition to highlight the hope they wish to find in this new year. First Fortnight is partnering with HSE Mental Health Engagement and Recovery to present this evening of entertainment.

Headlined by R&B singer-songwriter, Erica Cody, the singer will be joined by Barbara Brennan, programme leader at See Change and Robert Grace. 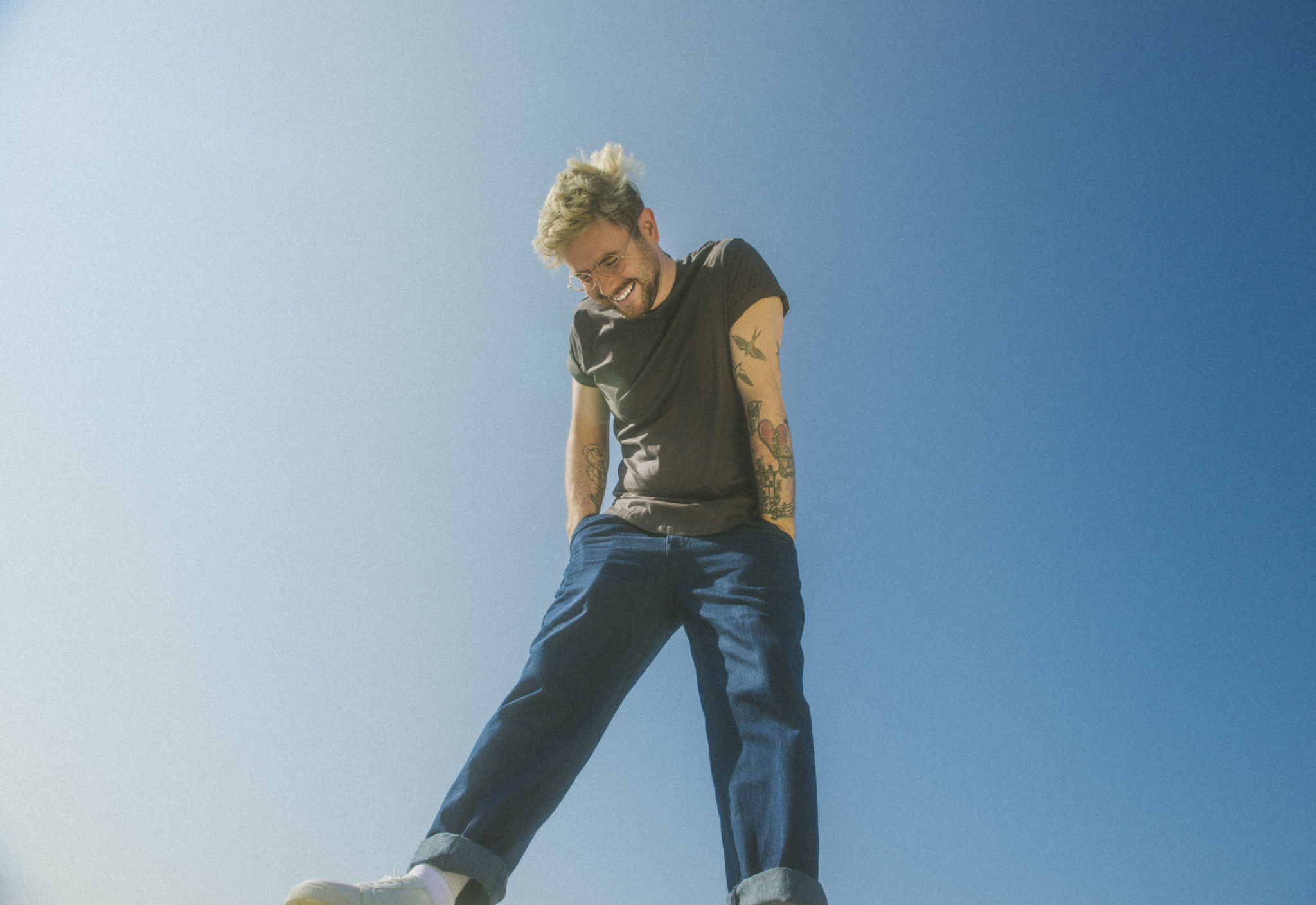 All involved have shared their stories of mental health struggles, with Grace doing so in a surprisingly fun way - showing people that you can live life and pursue your dreams while struggling at the same time.

In another festival first, SPLICED will join the 2023 programme at in The Show Court of the Handball Alley in Croke Park, the home of GAA, for two nights - Saturday, January 7, and Sunday, January 8. SPLICED is the first event to be held in the new Handball Alley facility; which the festival organiser are delighted about. 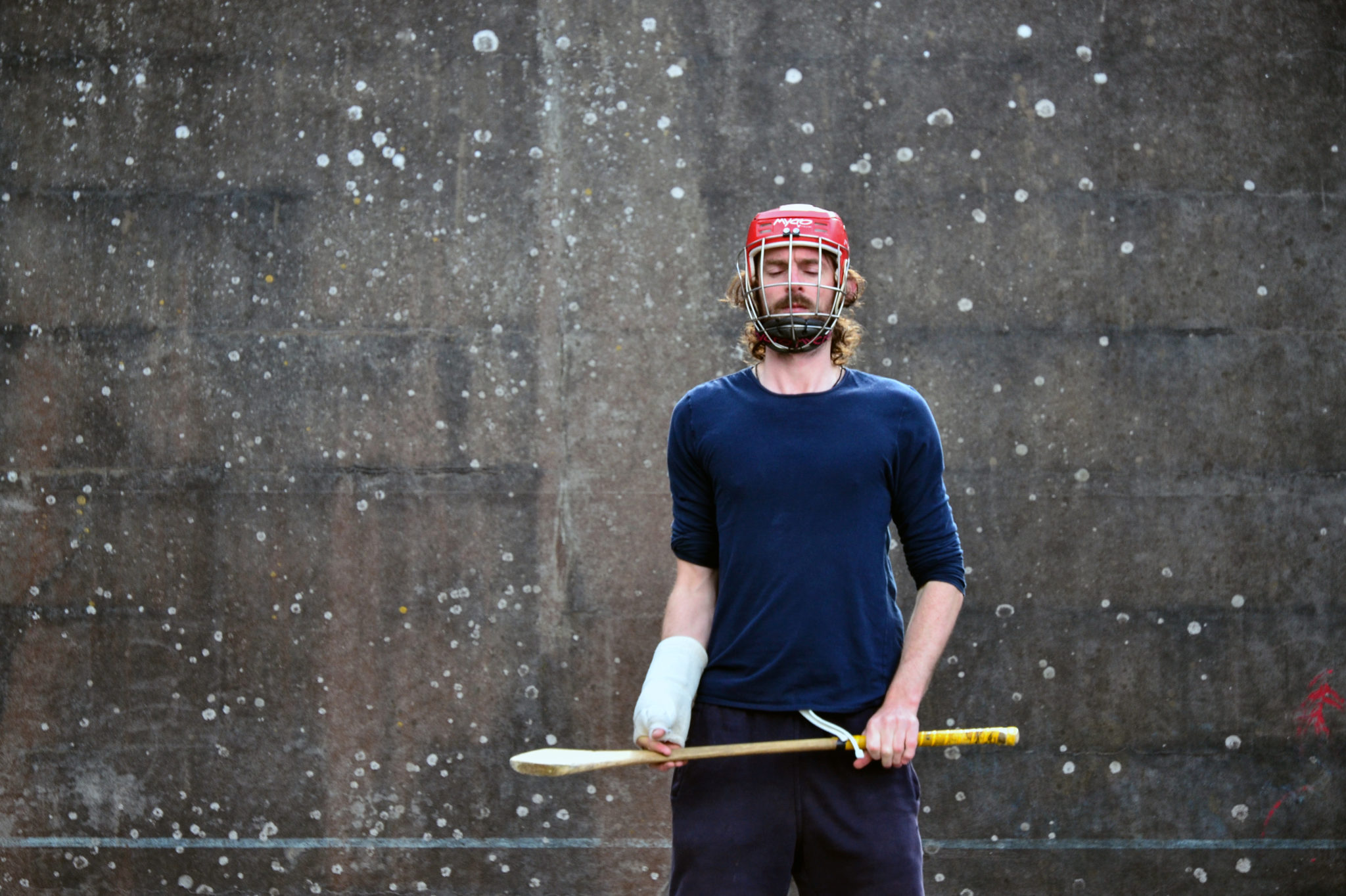 Originally, SPLICED was meant to be welcomed to the 2022 programme, however, restrictions at the time brought a different outcome.

Honest, brave, joyous, witty and hard-hitting, SPLICED is a love song to the GAA, written by Timmy Creed (who also stars in it) and directed by Gina Moxley.

The much-loved Therapy Sessions returns to three locations this year along the east coast shoreline, from the Southeast to the North East, including the annual visit to Dublin’s Workman’s Club.

Once again curated by poet Stephen James Smith and this year, presented in association with Minding Creative Minds, tickets for this intimate evening of music and poetry are always in high demand. 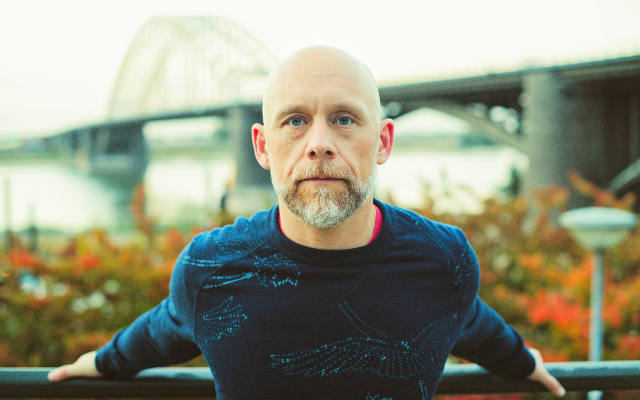 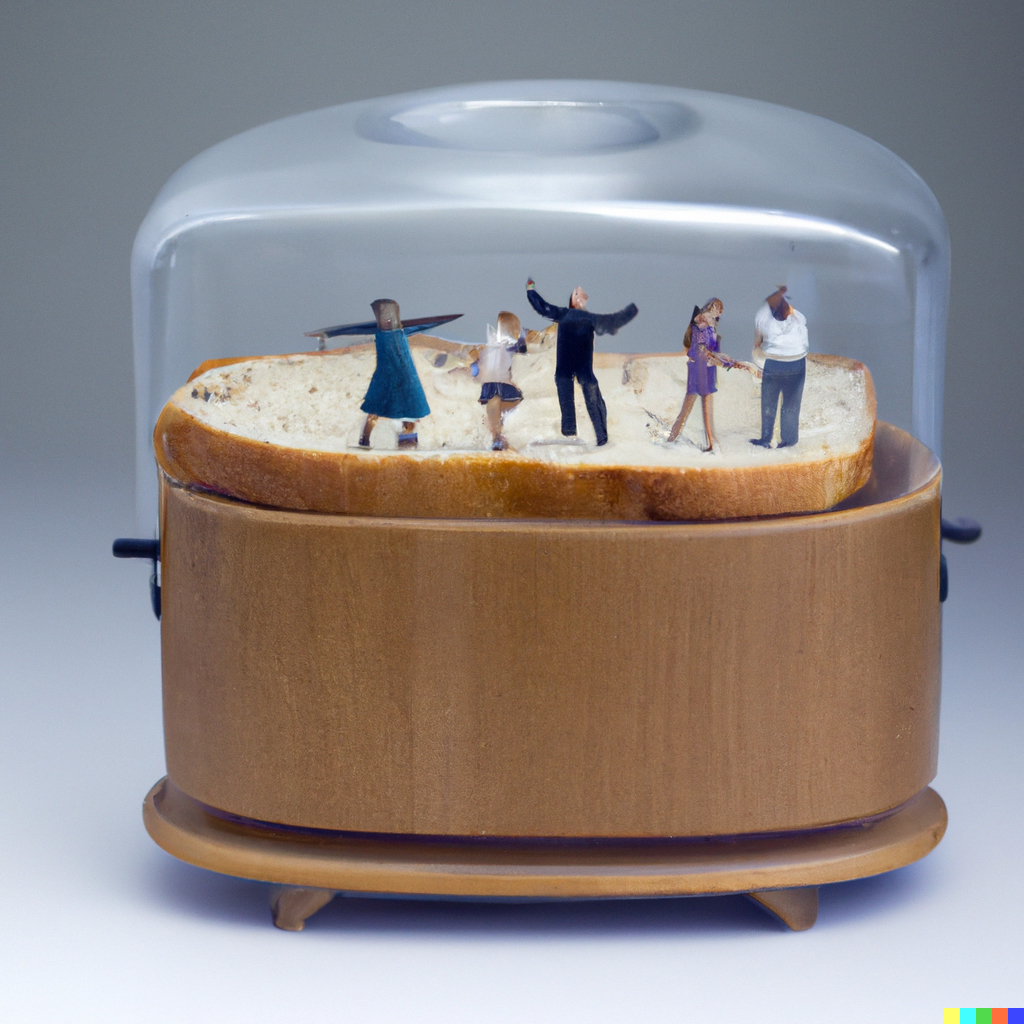 Saturday January 7 sees Soda Bread Box invite guests to dance their socks off at The Fumbally Stables, as they're introduced to its style of dance. “It’s not about being a good dancer; it’s about the feeling of letting loose," Soda Bread Box said.

Julie Jay’s award-winning love letter to Britney Spears, Oops This is Toxic, is a dark-comedy nostalgia-fest against the backdrop of 90s/00s misogyny. Called a “hilarious comedy” by independent.ie, the First Fortnight award-winner at the 2022 Dublin Fringe festival, will be staged at its fringe home; Smock Alley, Dublin during the 2023 programme. The show runs for four nights - January 12, 13, 14 and 15. 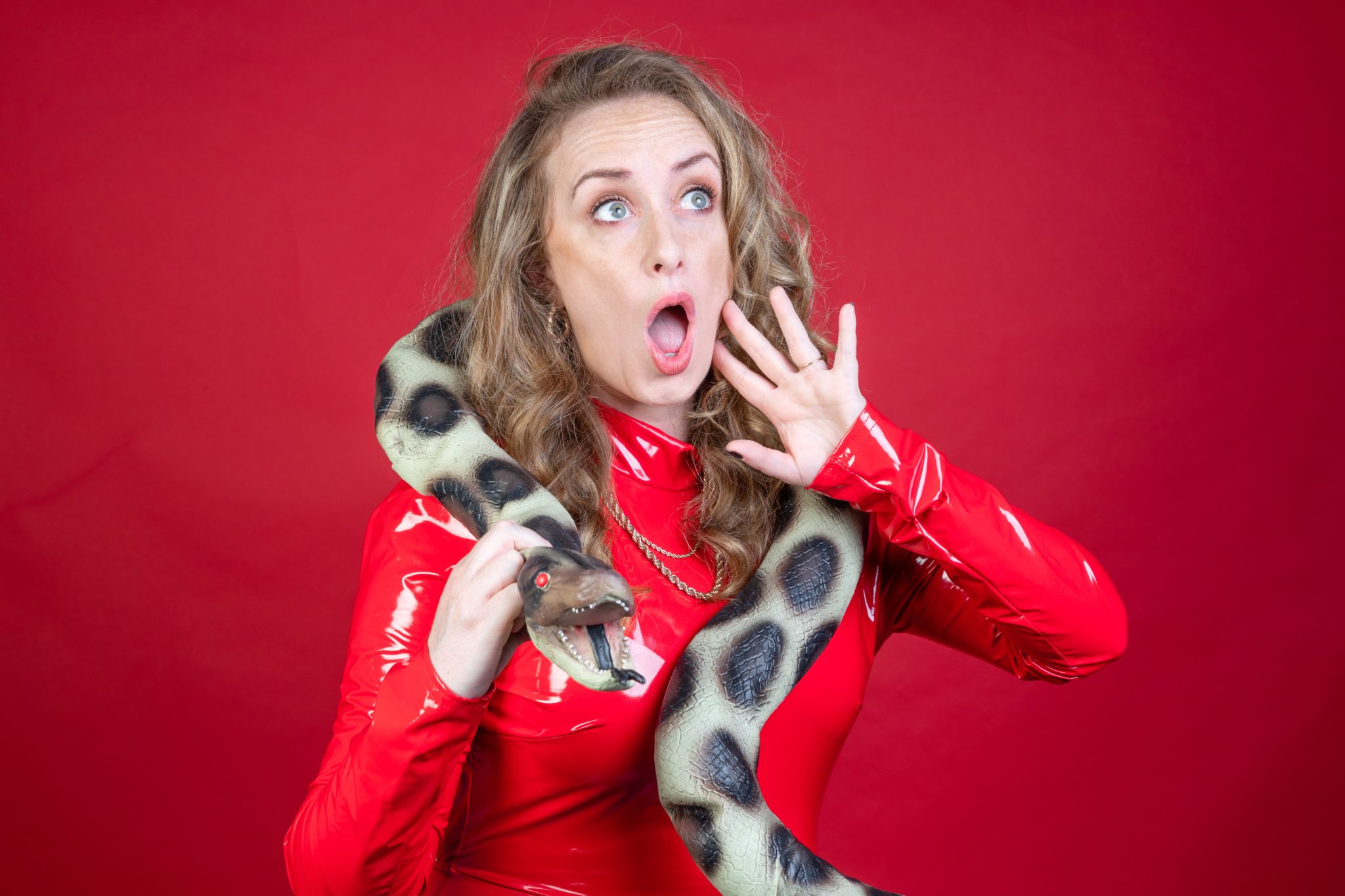 Staying with the stage, First Fortnight and Smock Alley Theatre present 24/7 Bliss. Written by Iseult Deane, this is a play about the day to day of working at a dry cleaners, film stars, banshees, build-to-rent apartments and losing the sensation of touch. A demi-opera dedicated to clean clothes, the show was developed with support from the Arts Council, An Chomhairle Ealaíon, Players Theatre and FRINGE LAB.

First Fortnight 2023 will welcome back acclaimed Irish Times Sports writer, Ian O’Riordan, for his first in person Corinthian at the festival in three years. Corinthian (defined as "Involving or displaying the highest standards of sportsmanship") will take place at Smock Alley's Boys School on January 11 at 8pm.

Dublin Story Slam once again invites attendees to The Sugar Club on January 10 at 8pm. Creator Colm O’Regan passes the hosting baton this coming year to comedian and MC Sharon Mannion, who's looking forward to steering this highly popular open mic storytelling night with a difference; where members of the audience get up and share a true personal story inspired by a different theme each month.

A Hopeful Poetry with The National Library of Ireland showcases the work of two of Ireland’s most beloved poets in the Life and Works of William Butler Yeats exhibition and the Seamus Heaney; Listen Now Again exhibition.

First Fortnight teams up with Dance Ireland for a trilogy of (free) events as part of the 2023 festival. Artist Coffee Morning is a drop-in coffee morning focused on dance artists and their wellbeing. Minding Creative Minds and Safe to Create will be on hand with advice about resources and support, with plenty of time to chat and share. The Artist Coffee Morning takes place in Dance House on Wednesday January 11 at 11am.

Taking Care invites dancers, choreographers, dance educators and dance organisations to join in a round table discussion on mental health and wellbeing in the dance sector, also taking place in Dance House on Thursday, January 12 at 3pm.

How To Befriend A Monster; A Work in Progress by Selma Danie is an event for children of four plus, which is supported by the Arts Council YPCE Bursary in partnership with First Fortnight Festival and Solstice Arts Centre. The event takes place in both Dance House on Friday January 13 at 10am and 11.30am, and Solstice Arts Centre (Navan, Co. Meath) on Saturday, January 14 at 2pm.

Spotlight on Film sees First Fortnight and Irish Film Institute present Long Live My Happy Head. The film discusses Gordon's choices when discovering he had a dramatically life-shortening illness when he was only 32 years old, screening in the Irish Film Institute on Sunday, January 8 at 3.30pm.

In light of France hosting the Olympic and Paralympic Games in Paris in 2024, this event aims to raise awareness on sport, its values and benefits. The film is also available (free) on demand from Thursday, January 12 at 6pm – Sunday, January 15 at 6pm.

Outdoors - First Fortnight and Clean Coasts present Coastal Ecotherapy - a facilitated yoga session on Killiney beach, followed by quick dip in the sea, with the event finished off with some hot beverages, snacks and chats. The event is supported by Dun Laoghaire Rathdown County Council Tourism and takes place on Whiterock beach, Killiney, Co Dublin on Sunday January 15 at 11am.

First Fortnight in association with Riverbank Theatre, Newbridge and supported by Kildare County Council have a nine-event billing across a number of disciplines from January 9–19, including stage work, panel discussions, workshops and film for family, children and adults. The films include: Pure Mental, which returns to Riverbank following a 16-date tour, on Friday and Saturday January 13 and 14 at 8pm; Chris Judge’s A Daily Cloud on Thursday, January 12–19 from 10am – 5.30pm; and Freedom of Choice: Talk and Panel Discussion + Creative Response on Thursday January 19 at 7pm and 8.15pm.

In Cork, glorious Ó Bhéal with Luke Morgan and Molly Twomey makes a welcome return to the First Fortnight 2023 programme. The event is free and starts with the usual Five Words poetry challenge, followed by guest poets and the later open-mic session. Ó Bhéal will be a hybrid event - in-person at the Long Valley, Withrop St, Cork, while also hosted on zoom and streamed live via Ó Bhéal's Facebook page. The event takes place on Monday, January 9 at 8.30pm.

Donegal Wellness Café's 'What’s a flat white?' is a free event taking place at thirteen locations across Donegal this January as part of the festival. This participatory theatre event explores Donegal Wellness Café culture and gives people an opportunity to interact and participate with peer facilitators, and together explore the type of conversations that happen in the Wellness Cafes.

These events aim to de-stigmatise mental illness and mental health issues by giving people a look at what really happens in the cafes week to week. It’s not all about mental health but is always about connection and craic! Locations and times can be found at firstfortnight.ie.

Mental Health First Aid Ireland joins the festival to offer those working or volunteering with adults or young people in the arts the opportunity to undertake Adult or Youth MHFA training. Participants will learn how to assist someone who may be experiencing a mental health problem or a mental health crisis until appropriate professional help is received or the crisis resolves, using a practical, evidence-based action plan.

Training will be delivered via Zoom by two accredited MHFA Instructors. The interactive training with participant engagement encouraged throughout will take place for adults on Tuesday, January 10 and Wednesday, January 11 from 09.30am - 4.00pm, and for youths on Thursday, January 12 and Friday, January 13 from 09.00am – 4.00pm.

Creative Space at Axis Ballymun is an annual Axis Ballymun project which engages young people and artists in conversations around mental health and creativity. By bringing artist from varying genres and of multiple identities together with young participants, the project celebrates the role that creativity can play in improving and maintaining mental health.

Creative Space offers realistic and hopeful glimpses into how creativity in all its forms can anchor people in tricky times. Funded by the HSE under the Healthy Ireland Initiative Available Creative Space is available for free and on demand from Sunday, January 8 at 5pm – Thursday, January 12 at 11pm.

Festival organisers said: “Our festival in 2023 signals First Fortnight’s new CEO, Maria’s first officially curated festival and with the compass points of north, south, east, west and the midlands of Ireland all represented, we look forward to sharing some glorious experiences with you this January.

Check out the First Fortnight website for more information about the festival - taking place from January 6-15.